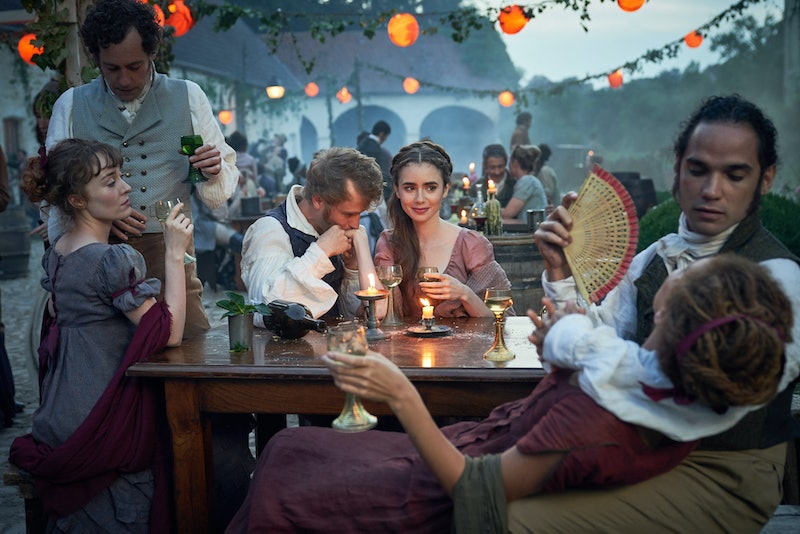 Les Misérables mostly lingers in the popular imagination as a musical. When you hear "Les Mis" you hear people singing, y'know, the songs of angry men and all. By the point, it's hard to even imagine this epic tale set during the French Revolution without the music. But the upcoming BBC Les Mis mini series will do just that. And if reports are anything to go by, it should stay truer to Hugo's masterpiece, so let's revisit it. Specifically, let's turn right to the last page to discover how the Les Mis book ends.

The fate of Hugo's protagonist Jean Valjean in Tim Hooper's 2012 film adaptation is quite a bit different than the original novel intended. While yes, spoiler alert, Valjean does die in the end, he dies a noble man and his life is celebrated as he's reunited with God. Over in the novel Valjean's death is a whole lot less cheery.

As I've reminded myself using Shmoop, the novel's final words are the ones that are anonymously etched onto Valjean's gravestone:

"He sleeps. Although so much he was denied,

He lived; and when his dear love left him, died.

It happened of itself, in the calm way.

That in the evening night-time follows day."

Dang. And even though you might think the novel would have a happy Hugo had no qualms about ending it on a seriously dreary note. In the final pages of the book, Hugo depicts Valjean's grave lies in a lonely corner of Paris, giving readers the miserable reminder that no matter what kind of legacy you wish to leave behind, and no matter what kind of life you lived, everyone basically ends up with the same fate. Ugh. That might be why some people like musical versions more than books they're based on.

It's possible that the mini series will stay truer to the novel's original ending, as the series' writer Andrew Davies — the man also behind other classic lit remakes like BBC's War and Peace as well as Little Dorrit — has had no hesitation sharing his thoughts on the musical. And they are rather salty. In an interview with The Telegraph he said that his series “will rescue Victor Hugo’s novel from the clutches of that awful musical with its doggerel lyrics,” which maybe upset some of the original castmembers. I'm guessing he's not a fan of musicals then.

Josh O'Connor, the man playing who plays lovelorn Marius in the new BBC adaptation, recently tweeted "I love the musical," as a response to Davies' strong words. It seemed to get quite a lot of other musical fans riled up too, as Torchwood's Kai Owen tweeted: "That's half its audience gone then!!" when he saw what Davies had to say.

But even if you are a big fan of the original musical chances are you'll find something to like about the new version. Davies' Les Mis TV series brings the epic story to life in a way you've probably not seen before.