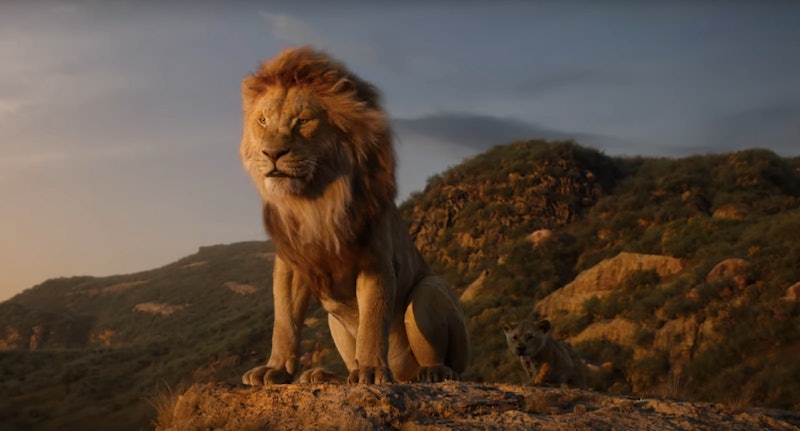 The new Lion King remake hits theaters on July 19, and it's full of famous faces... well, famous voices. While the movie is being called "live-action," it's about animals and they're all computer animated. This is not a Cats situation where you're going to see Beyoncé dressed up like Nala, but you will hear her. And you'll hear a ton of other actors you know, too, as part of the star-studded Lion King voice cast.

One of the cool things about the Lion King cast (other than it featuring Beyoncé) is that the majority of the actors have African ancestry. Many of them are African American. Chiwetel Ejiofor, who plays Scar, is English and has Nigerian parents. Then there's Florence Kasumba, who voices one of the hyenas and was born in Uganda. While the country in which the story takes place isn't stated in the film, all versions of The Lion King are clearly set somewhere in Africa, so this casting is a logical way to bring some more representation to a big Hollywood movie.

There has been a lot of promotion of this cast — including some pretty funny pictures of the voice actors staring at their animated characters — but, if you still need a refresher on who's playing who, here's a look at the 14 main voice actors of this new Lion King.