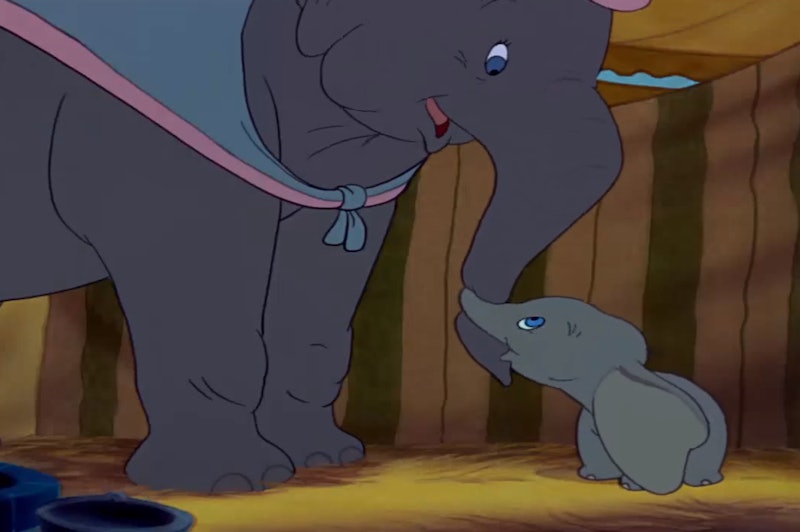 Classic Disney fans mark your calendars for March 29, 2019. As revealed in a press release from the D23 Expo on Saturday, the live-action Dumbo will hit theaters on that very date. Disney also offered up details on the plot of the new Dumbo, and purists should probably avert their eyes now. It seems the story about the adorable elephant with the comically large ears is getting revamped for a new generation, thanks to the addition of several central human characters.

It's hard to compete with a baby elephant that can fly, but it sounds like Colin Farrell is going to give it a shot. The actor has been cast in the role of Holt Farrier, a former circus star, who's recently returned from the war. The veteran will be tasked with training Dumbo by a circus owner Max Medici, played by Danny DeVito. Here's where the live-action version will stick slightly closer to the animated film by having Dumbo's training go spectacularly wrong. However, soon Holt's children will discover Dumbo's gift of flight, and put the unique elephant on the radar of Michael Keaton's V.A. Vandevere and Eva Green's Colette Marchant.

The film, which recently has begun production, is being directed by Tim Burton, and although only one official photo has been released so far, it suggests the director will infuse the story with his trademark sense of whimsy. In the photo, Burton is seen leaning out of what appears to be an old circus car that looks similar to the ones seen in the cartoon. Even though it's just a small visual clue, it gives you a taste of what the film's aesthetic might be like.

From the character descriptions, it seems clear this new version of Dumbo will feature human characters in far more prominent roles than the animated film. In the original, Timothy Q. Mouse is the elephant's one true supporter, and it's only with his help that Dumbo reaches his full potential. This time around, two human children will be the floppy-eared pachyderm's cheerleaders. There's no word yet on whether or not the film will include Dumbo's mother, or the emotionally scarring moment where she and her son are separated.

The changes Disney appears to be making to the plot are necessary in order for the story to transition to a new medium. While the almost-all-CGI Jungle Book remake proved the studio's back catalog of animated features starring talking animals could be adapted into live-action films, it's more interesting to see Disney offering up a new take on the familiar tale.