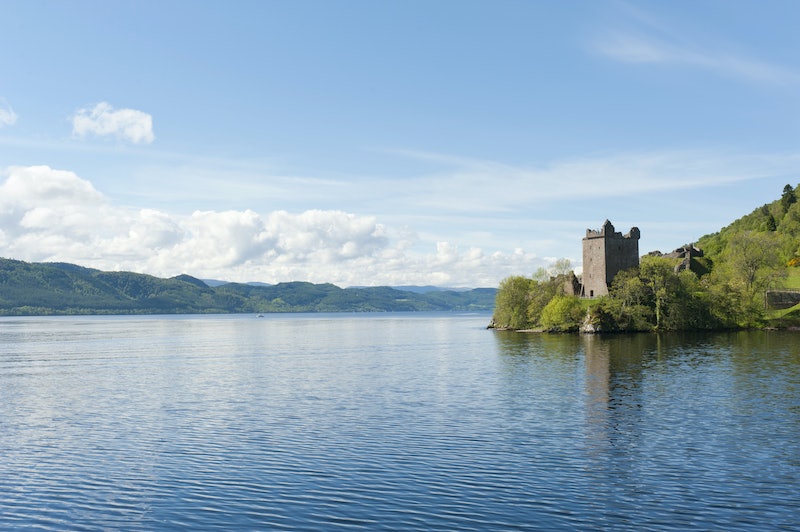 Cryptozoology fans come through, I have got some exciting news for you. Is it the Yeti? Is it the flipping Chupacabra? Is it something to do with a Thunderbird? Oh hell no. We don't have to look overseas to get some of the most exciting news relating to the world of mythical creatures. Because, this just in, and it's all relating to our very own homegrown legend. You guys, scientists have just provided a major update on the Loch Ness Monster mystery. And it's seriously juicy stuff.

So, as Bustle has previously reported, back in June 2018, a group of researchers began working on project to catalogue all of the living species in Loch Ness by extracting DNA from water samples. As Reuters reported at the time, "A global team of scientists plans to scour the icy depths of Loch Ness [in June 2018] using environmental DNA (eDNA) in an experiment that may discover whether Scotland’s fabled monster really does, or did, exist."

And now we have the results. Brace yourselves, y'all.

As the BBC reports, following a detailed analysis of the samples collected, they have categorically ruled out the presence of any large animals in Loch Ness. In other words, no monster.

Hey, did you just hear a wailing noise? Yeah, that was me crying. This is worse than the whole Santa Claus thing. For real.

So, anyway, there's a guy called Professor Neil Gemmell (who I have nicknamed Scrooge), and he's a geneticist from New Zealand's University of Otago who's been working on this project. Speaking about the findings, he told the BBC:

"People love a mystery, we've used science to add another chapter to Loch Ness' mystique. We can't find any evidence of a creature that's remotely related to that in our environmental-DNA sequence data. So, sorry, I don't think the plesiosaur idea holds up based on the data that we have obtained."

The BBC reports that there have long been rumours, suggestions, and theories regarding the biology of the legendary beast. These have largely been suggesting that somehow a prehistoric animal called a plesiosaur or potentially a very large sturgeon were behind the sightings. Other potential creatures put forward were a wandering Greenland shark, and even a pretty massive catfish.

But guys, all is not lost. According to the research, there is a damn huge amount of evidence suggesting the water is super eel heavy. Speaking about this, Gemmell said:

"There is a very significant amount of eel DNA. Eels are very plentiful in Loch Ness, with eel DNA found at pretty much every location sampled — there are a lot of them. So — are they giant eels?"

However, he also explained that, despite the DNA being identifiable, there is no way to tell what actual size the animals are:

OMG. A giant eel. The stuff of actual nightmares. Into it.