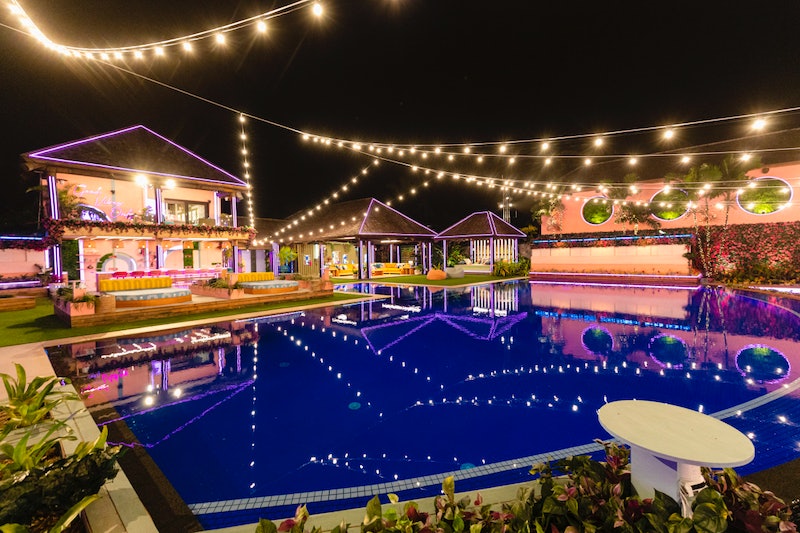 Love Island is finally hitting American shores. Well, Fiji shores to be exact, but American singles are getting a taste of the hit British reality dating show for the first time. As this addictive series is ultimately a game, it's important that new viewers pick up the Love Island U.S. rules as quickly as humanly possible. True love waits for no one.

Americans are used to competitive dating shows, given the popularity of Bachelor Nation, as well as shows like Next, Are You The One, and Temptation Island. But there's a sort of gleeful chaos to Love Island that you have to see to really believe. You never know when Islanders are going to be eliminated, forced to settle down with someone, or test their newfound love. There is also audience participation, as live episodes allow viewers to vote on who stays and goes. You also never know when new Islanders will join the season midway through — and whether or not those newcomers are connected to the current residents already.

However, despite the twists and turns that keep audiences tuning in night after night, there are rules that keep Love Island running safely, if not always smoothly. Islanders are given a rule handbook, according to Cosmopolitan. It's basically a Code of Conduct, just like you'd receive on the first day of school.

According to Cosmopolitan the producers also set meal times, bed times, and wake up calls for the contestants. While you don't see the people with clipboards and headsets at the villa on the final product, they are ever present — as well as therapists on hand to discuss sex-related issues and keep everyone mentally healthy.

So... how will the CBS version be different, and similar, to the original? According to USA Today, the "two drinks a night" rule is the same, but even less skin will be bared (read: no thongs). Our standards and practices are a little more strict in that arena. Other rules are less strict, for example the rule that couples share beds starting as early as the first night. That's not enforced on the U.K. series either, there are ways to get around it if you're not comfortable for whatever reason.

On both shows, Islanders are cut off from the outside world for the duration of the series (with some exceptions as incentives for challenges) but get messages on their smartphones that tell them about date opportunities, games, and "recoupling" ceremonies.

All in all, the rules are fairly similar on both versions of Love Island. Now the only question is whether or not the contestants follow them.