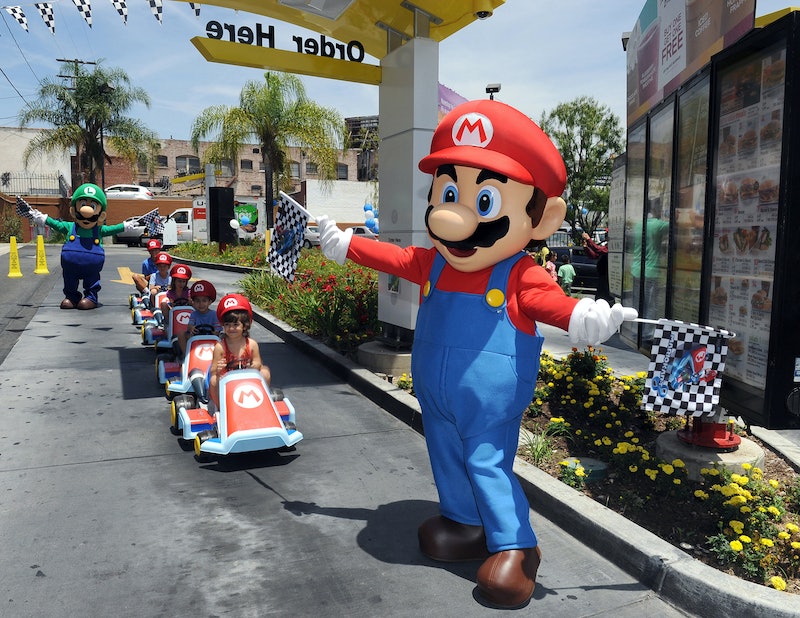 A beloved game is about to make its way to your smartphone. (If only it can make it through that dang Rainbow Road.) As reported by The Verge, the Mario Kart smartphone game, "Mario Kart Tour," is about to start beta testing soon, with the full release planned for this summer. If you want to be part of the beta test, you can sign up now, but there are some requirements you must meet.

First, the beta test is only for Android phones and "excludes certain devices." (Don't worry, the game will be available for both Android and iOS when it makes its official debut.) Second, the test is for American and Japanese users only. And third, you have to have a Google Play and a Nintendo account that are registered with the same email address, as reported by Games Radar.

The application is available on the "Mario Kart Tour" site here. The site notes that the applications are being accepted from April, 23 through May 7 at 7:59 p.m. PT. The beta testing itself will take place from May 22 through June 4; although the site explains that the dates could change without prior notice.

While there has been no specific release date for the game given, Nintendo says that it's coming in this summer. Originally, the game was supposed to be released in the spring, so it's not too far behind schedule. Hopefully, beta testing goes well, so Nintendo will meet its new goal and we can all play this thing soon.

There have been no details released about "Mario Kart Tour" yet, no images (save the logo), no price (if any), and no word on how similar it will be to the original game. So, yeah, expect Mario and karts.

In addition to "Mario Kart Tour", Nintendo is working on another smartphone game called "Dr. Mario World" that will also be released this summer. According to Polygon, this one will be a puzzle game (older versions look similar to Tetris) and follows in the footsteps of the original NES game "Dr. Mario", as well as spinoffs, like Nintendo 64's "Dr. Mario 64", Wii U's "Dr. Luigi", and Nintendo 3DS's "Dr. Mario: Miracle Cure". There is also reportedly a "Legend of Zelda" game in the works that was first announced in 2017. It's unclear when this one will be coming out.

For now, if you want to try "Mario Kart Tour" and just can't wait a couple more months (or longer, if it gets pushed back again), try signing up for the beta test. And good luck, if you do, because this one will definitely be in high demand.