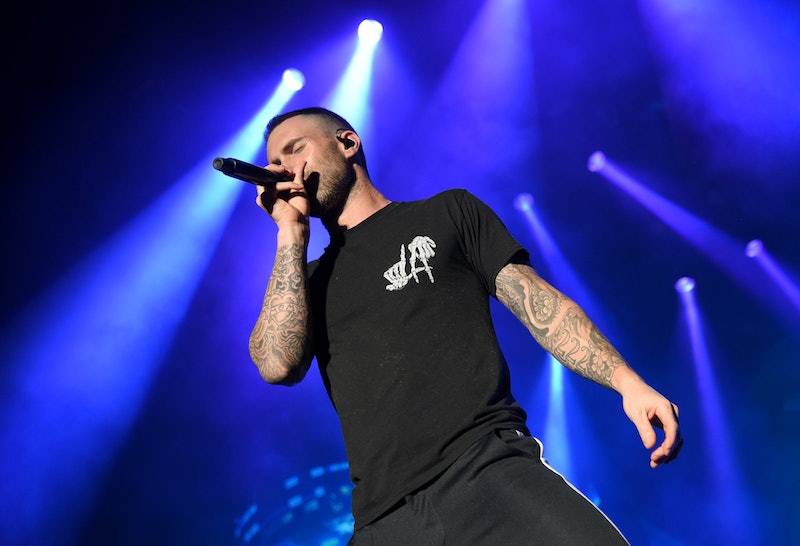 The NFL officially confirmed Maroon 5 as the Pepsi Super Bowl halftime show headliners, along with Travis Scott and Big Boi. In a Feb. 1 interview with Entertainment Tonight, Maroon 5 frontman Adam Levine said that he and the band prepared for the performance by reviewing halftime shows from past years.

"I have watched every single halftime show there has been just to get inspiration and to see what people did, and I remember a lot of them, but to go back and revisit some of my favorite ones — especially the rock bands and the Prince one, which is legendary, and Tom Petty and the Stones and Springsteen, all the bands we feel we are most connected with musically — and it has been amazing," he said.

These are the songs performed by Maroon 5 at the halftime show: