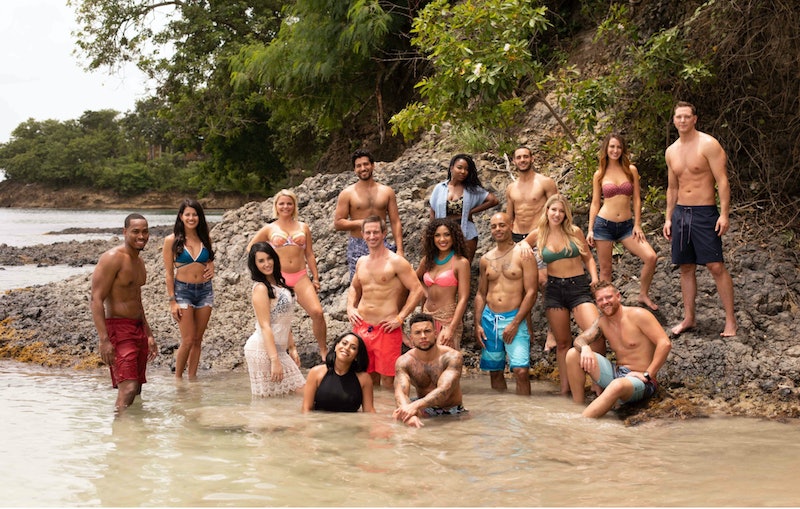 For most people, the decision to get married is one made after years spent with a special someone. They've been through the ups and downs life has thrown at them, they've put their relationship to the test in a relatively low-stakes situation, and they've come to a conclusion that they're ready to commit to a life together. For others, like the cast of Married at First Sight: Honeymoon Island, marriage is something that happens after spending a few weeks with someone on national television.

But hey, who are any of us to judge? Whether you're a hopeless romantic, a Bachelor Nation devotee who just can't wait for Colton's season, or simply someone who likes to watch messy drama unfold on a beach, this Lifetime show probably has something for you. Honeymoon Island is a spin-off of the classic Married at First Sight, a show that follows people who, as you may have surmised from the title, get married at the moment they meet. There are tests and experts at play, though, in an attempt to pair two people who are statistically likely to be compatible. Say what you will about its practicality, but it's an interesting experiment that's destined to lead to TV-worthy results.

The Honeymoon Island version will feature past contestants from the original show, as well as some brand new cast members, according to Lifetime's website. They'll be thrown into a tropical paradise together, and at the end of the trip, they must choose to either get married or leave alone, the website continues. So who exactly signed up for this not-so-stress-free romp in the sand? Let's meet the cast: