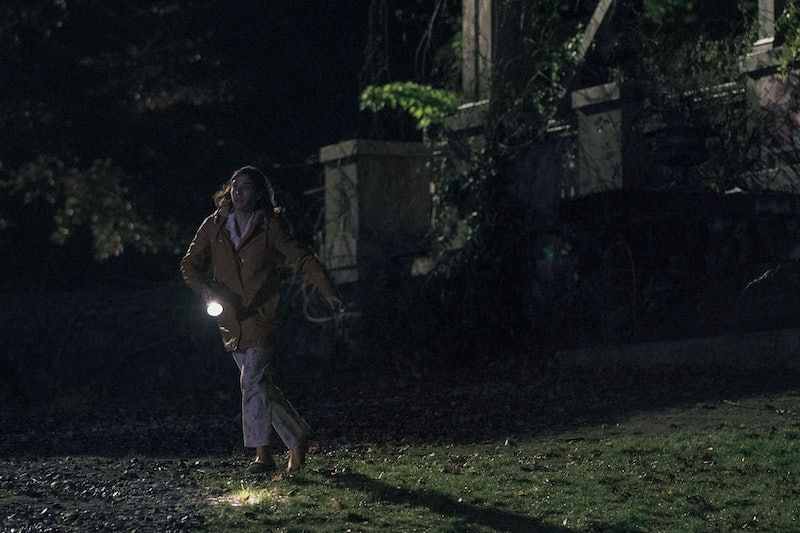 If you wondered why the camera lingered over the words "Marsten House" on Castle Rock, it's because yes, that is supposed to mean something to you. Fans of the Stephen King books that inspired the show should be well familiar with the haunted mansion: it's such a predominant part of King's novel Salem's Lot, it's often referred to as "its own character." In the book, protagonist Ben Mears returns to the town of Jerusalem's Lot to research and write about the Marsten House, because it haunted him when he was a kid. The house is named after Hubie Marsten, who is said to have killed his wife before hanging himself in the house. It sits on a hill, looming over Jerusalem's Lot in more ways than one.

Adding to its eeriness, a Dracula-like character named Kurt Barlow and his familiar are the Marsten House's newest residents at the beginning of Salem's Lot, and together, they spread vampirism throughout town.

Castle Rock's Marsten House similarly seems to be a haven for the undead, though perhaps not the same kind. The growing group —which now includes Ace Merrill, Abdi's friend, and a nice realtor — also doesn't seem to have a leader like Kurt Barlow. Maybe they are being controlled by Hubie's ghost — or the house itself, giving a whole new meaning to that "practically another character" cliché.

In any case, it's not yet clear how Ace and the rest of his army are being revived (or what they are, if not vampires), but it almost seems as if the Marsten House itself, or the land it sits on, is what's bringing people back to life. If that is the case, Castle Rock might be merging the plots of Salem's Lot and another King novel, Pet Semetary, in which a graveyard has the ability to raise the dead. Then again, the sinister goings on at Marsten House could also have something to do with the witches who may or may not have founded the town of Castle Rock, or as Pop Merrill was quick to correct, Satanists. "Made a bad deal with the wrong hombre those folks, and they burned for it," Pop said. "We've been making bad deals with the wrong fella for a long, long time."

It could be all of those things. It could be none of them. So far, all Marsten House has done is raise as many questions as it his dead people. But if this is anything like Season 1, we'll have answers by season's end.

More like this
The Guide To “Witches Stairs” & Why They’re Actually Great For Small Spaces
By Emma Garza
'The Summer I Turned Pretty' Book Ending Is An Emotional Rollercoaster
By K.W. Colyard
The Future Of 'All Creatures Great & Small' Is Confirmed & Wedding Bells Are Ringing
By Rebecca Fearn and Frances Stewart
At 14, Jenny Han Wrote Rom-Coms About Her Friends & Fan Mail To Leo DiCaprio
By Alyssa Lapid
Get Even More From Bustle — Sign Up For The Newsletter