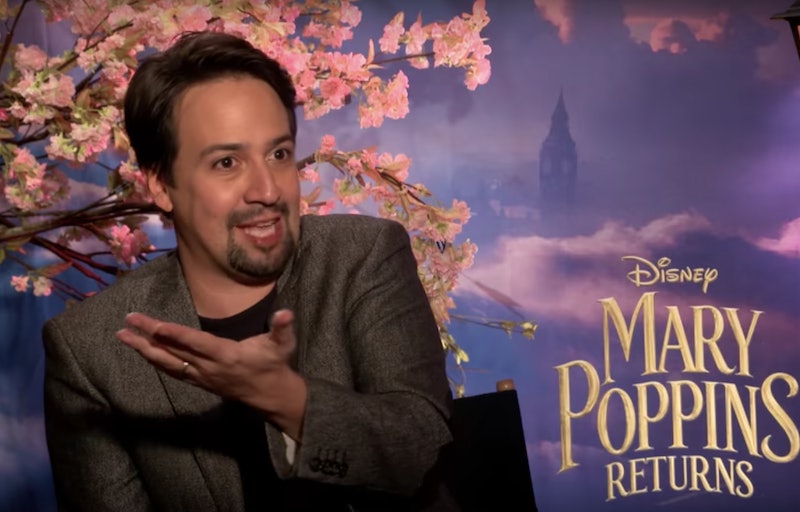 Hitting theaters on Dec. 19, the sequel Mary Poppins Returns is one of the most anticipated flicks for the end of 2018, taking us back to our childhoods with the reappearance of the beloved Disney heroine. No matter your age, chances are you grew up watching the original 1964 film, singing along to every song and wishing Mary Poppins would float in on the wind and become your nanny. And in the sequel, the Banks siblings (now all grown up) learn how to get in touch with their own inner children once she comes back into their lives.

As it turns out, the sequel’s cast and director all share many fond memories of the classic Disney film that still help them tap into their inner childlike wonder.

For Whishaw, who plays the grown-up version of Michael, what stood out the most about Mary Poppins as a kid is how stylish she is. Her outfits inspired him to be crafty, recreating one of her iconic accessories. “I made myself a hat like Mary Poppins with flowers on it,” shares the actor.

The most impactful aspect of the movie for Broadway legend Miranda was, of course, the music. The multi-hyphenate star recalls dancing to “Supercalifragilisticexpialidocious” alongside his TV. But there was a song that he surprisingly wasn’t a fan of. “'Feed the Birds' was too sad. I'd turn it off to 'Feed the Birds' and that's where the movie ended for me,” laughs Miranda. “I didn't see 'Step In Time' till I was in high school!"

Star Emily Blunt also has a somber memory of the original musical. “I do remember being completely devastated when she leaves at the end,” recalls the actor. And in this one, Blunt had to relive those memories. The actor shares that one of her daughters wasn’t ready to see the nanny fly off into the clouds again. “My daughter had seen the original and just saw mine, and even as we were driving to see mine, she goes, 'Is she going to leave at the end?' Awful, awful, awful,” says the actor.

The stars also reminisce about some of their other fond childhood memories, including their favorite outings with their families. Miranda’s recollection is very on-brand, showing that he’s always been a theater kid at heart. “I remember seeing my first Broadway show, which was Les Mis. I was seven, we got dressed up, I cried when Fantine died, I slept for a little while, I woke up in time for Javert's suicide," says the actor.

Marshall says he knew from an early age that he was meant to be an entertainer. “I grew up at the time where you would dress up and you would actually have a program at movie theaters and you would have a ticket with a number for your seat, and there'd be an intermission. It was like an event," recalls the director.

Mary Poppins was a large part of practically everyone’s childhoods, and now she can inspire those who grew up with her to reconnect with their inner kid, too.