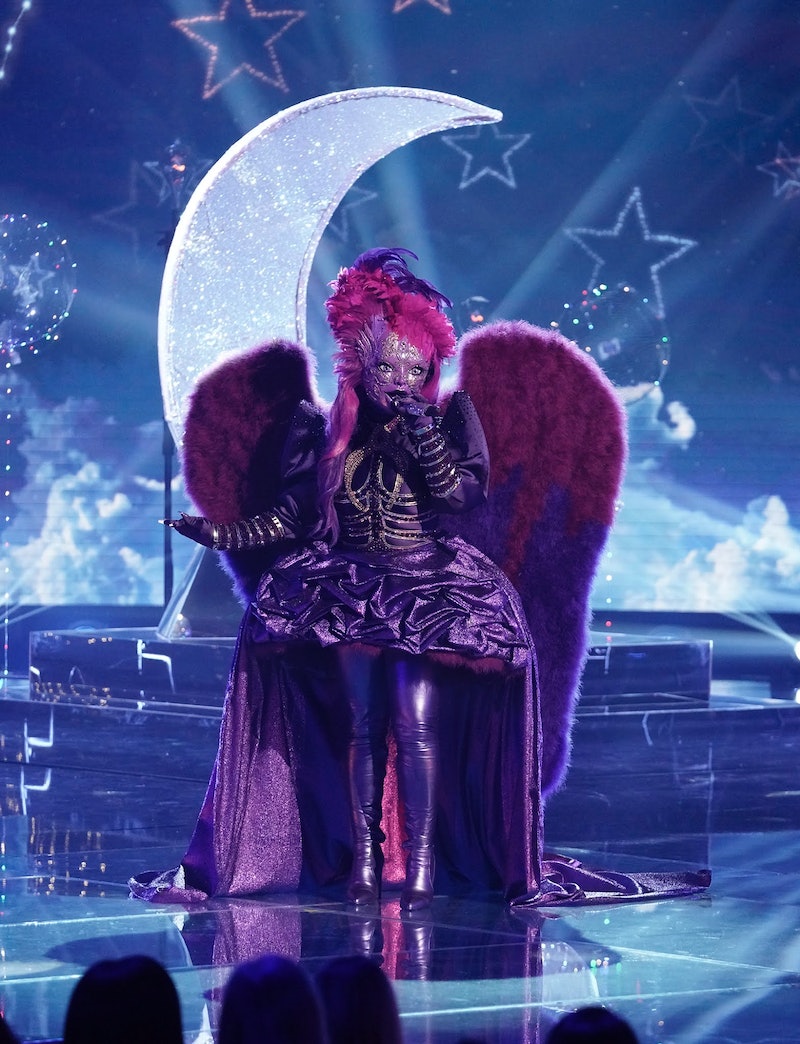 It's official: a woman has finally won The Masked Singer. In the season finale on May 20, The Masked Singer Season 3 winner was crowned and — no surprise whatsoever — Night Angel took home the Golden Mask trophy over Turtle (Jesse McCartney was runner-up) and Frog (Bow Wow came in third). She's been slaying the stage since her first performance, so it's only fitting the Night Angel was declared the champion.

Night Angel's identity was also revealed and, as viewers have been anticipating since the beginning, Real Housewives of Atlanta star Kandi Burruss was the Night Angel. Kandi couldn't be more excited about her win. So much so, she's already released a new song called "Used to Love Me" featuring Todrick Hall and Precious. Kandi co-wrote and produced the single, and it's the perfect summer jam. Fans can expect more new music from Kandi too, as she revealed on Twitter on May 20.

Following her Masked Singer win, Kandi admitted that she truly didn't think she'd walk away with the title, even when the judges praised her every week. "I didn't know what to think," she said in an interview with Entertainment Weekly. "I had a lot of self-doubt in the beginning of this season."

But, now that she's a Masked Singer winner, Kandi's had a confidence boost. "There's no limit to what you can accomplish. Like, stop psyching yourself out. Stop getting in your own head, telling yourself what you can't do," she told EW. "Those are the things that I say to other people. This show made me apply that to my own life."

From starring on RHOA, to winning a Grammy for co-writing TLC's "No Scrubs," to her Old Lady Gang restaurant, to her Welcome to the Dungeon tour, to her Bedroom Kandi company, Kandi is no stranger to success. Her resume is impressive to say the least, so to see Kandi win the title of Masked Singer isn't surprising at all. With this major win and her new music, she'll continue to rise to the top.

More like this
Erika Jayne's Estranged Husband Tom Girardi Has Been Indicted On Fraud Charges
By Jake Viswanath
Everything To Know About 'RHOSLC' Season 4
By Jake Viswanath
'RHOSLC’s Heather & Whitney Are Still On A “Friendship Break” After Season 3 Reunion
By Jake Viswanath
RHOP’s Robyn Dixon Explained Why Juan Paid For Another Woman's Hotel Room
By Brad Witter
Get Even More From Bustle — Sign Up For The Newsletter
From hair trends to relationship advice, our daily newsletter has everything you need to sound like a person who’s on TikTok, even if you aren’t.