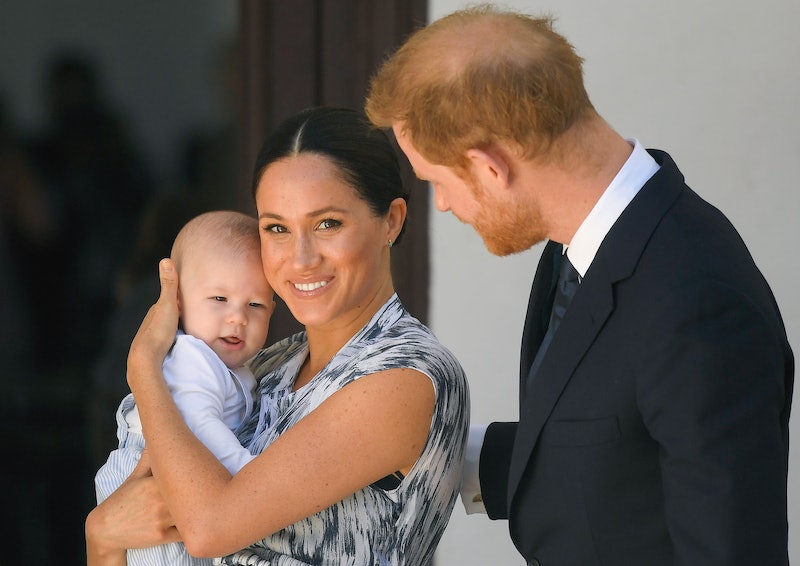 Archie Mountbatten-Windsor celebrated his first birthday on May 6, and to mark the special day Save the Children UK shared a video of Meghan Markle reading Duck! Rabbit!, a children's classic, to her son. In support of the charities coronavirus appeal, Archie can be seen thoroughly enjoying the story, but what is the real meaning behind Markle's book choice? Duck! Rabbit! can, in fact, be traced as far back as the 1800s.

Royal-watchers won't have missed the well-worn edges and "Archie's bookclub" sticker on the cover (coincidentally, a likely gift from Oprah). This is clearly one of Archie's favourite books. But could there have been a deeper meaning to the selection?

Written by Amy Krouse Rosenthal and Tom Lichtenheld, Duck! Rabbit! was originally published in 2009 but is based on an 100-year-old optical illusion. Drawn by American psychologist Joseph Jastrow in 1899, it shows "that perception is a mental activity as well as what someone sees," per the Evening Standard.

The rabbit-duck illusion has been used by numerous scholars in philosophy, most notably Ludwig Wittgenstein, who employed it in his 1953 book Philosophical Investigations "to illustrate what philosophers call aspect perception," as digital philosophy magazine Aeon writes. In short, the age-old illustration is an exercise in reality, perception and interpretation, as per royal commentator Elizabeth Holmes points out in her Insta story. "It's all about what you choose to see."

Jastrow's research concluded that "the quicker the participant can switch between the duck and the rabbit, the faster their brain works and the more creative they are." What participants saw in the illustration also depended on the time of year, with many seeing a rabbit during Easter and a duck at the beginning of autumn.

When asked what she sees, Rosenthal always replies that she can see them both. In a Q&A from 2009 she said: "When I'm talking with kids about the book, and they tell me they see a duck, or a rabbit, I tell them that whichever they see is absolutely right. That's the beauty of it." It's also a great way to introduce kids to something that will test their perception at a young age.

As educator Nathan S. Jacobs said in a TED-ed video (via Tech Times), optical illusions give your brain the opportunity to work at its full potential. "[Optical illusions show the] brain's job as a busy director of 3D animation in a studio inside your skull," he says, "allocating cognitive energy, and constructing a world on the fly with tried and mostly, but not always true, tricks of its own."

More like this
“I’m Not Here To Make Friends” Speaks To A New Sam Smith Era
By Maxine Harrison
Olivia Colman Stars In First-Look Trailer For BBC's 'Great Expectations'
By Sabah Hussain and Sam Ramsden
Prince Harry & Meghan Markle Are Puppets Now
By Sam Ramsden
Matt Hancock’s TikTok Is The Most Matt Hancock Thing Ever
By Sam Ramsden
Get The Very Best Of Bustle/UK
Sign up for Bustle UK's twice-weekly newsletter, featuring the latest must-watch TV, moving personal stories, and expert advice on the hottest viral buys.