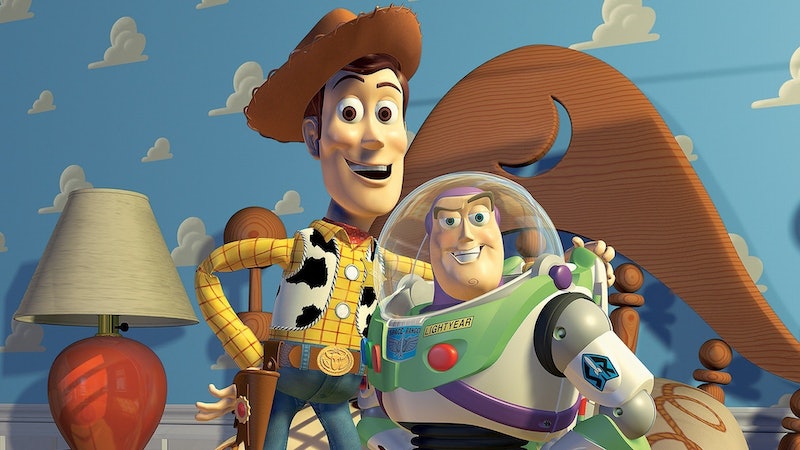 What does nostalgia taste like? Probably exactly what they’re serving at Disney World’s new Toy Story Land restaurant. The menu for Woody’s Lunch Box in Toy Story Land was just released, and the food is equal parts nostalgic and thematic, all coated with a heavy sprinkling of sugar.

It was only just recently announced that Toy Story Land is set to open June 30. A video released on Disney’s Facebook page gave us a sneak peek into the park, showing the Slinky Dog Dash rollercoaster ride. While the ride based on the beloved Slinky canine is the only one we’ve gotten a a video-footage look at, Disney’s website for Toy Story Land lists Alien Swirling Saucers (a teacup-esque ride) and “Toy Story Mania!” which is a 4D ride experience.

Of course, no Disney park is complete without some (arguably overpriced) sustenance, and Woody’s Lunch Box does not disappoint. For breakfast, you can opt for some a country-style Breakfast Bowl, a definitely nod to Woody’s Western past. There’s also a pretty standard breakfast sandwich you could go for. But why would you do either of those things when you could stuff your face with a S’mores French Toast Sandwich.

It’s s’mores. It’s french toast. AND IT’S IN SANDWICH FORM. A reminder that truly anything is possible at Disney World.

The kids’ menu included a smaller version of the sandwich and comes with water or milk as well as the breakfast sandwich. Unfortunately, if you were hoping to limit your portion size by getting a sneaky kids’ meal, you’re out of luck; those options are only available for park goers under the age of nine.

The lunch and dinner menu is equally as decadent, including a Monte Cristo with Raspberry Jam which combines ham, turkey, Swiss cheese, and the aforementioned jam. If you want to party like Woody on the range, you could order the BBQ Brisket Melt or “Totchos,” which are the perfect, angel baby of tater tots and nachos. I repeat, truly anything is possible at Disney World.

Feeling parched? Have no fear, “Mystic Portal Punch” served in a souvenir “Alien Sipper” is here. (It’s basically a combination of citrus-y Powerade flavors served in a novelty cup. A solid option if you want to be extremely hype on sugar for $16.19).

For the over 21 patron, you can sip on the “Grown-Up’s Lemonade,” which combines cherry vodka and lemonade. You could literally get buzzed with Buzz.

For dessert, in case you haven’t fully sugared yourself out, you can enjoy a Lunch Box Tart in raspberry or chocolate hazelnut. They look very Pop Tart-esque and are topped frosting and sprinkles.

You can drool over the full menu here.

The Toy Story Land experience is all about living like a toy. “Guests will shrink to the size of a toy and explore all of the fun (and toys!) Andy has constructed in his backyard,” according to Disney Parks Blog. Woody’s Lunch Box is part of the story as well, with the building itself constructed to look larger than life...or, I guess, human-sized, if we’re talking toy dimensions. “Andy has used his lunch box and thermos to create a walk-up quick-service window that will serve up tasty meals and old-fashioned soda floats,” Disney Parks Blog continues. If you aren’t immediately charmed by that, sorry but perhaps you are the Sid in this story.

For the rest of us who are appropriated amped for this new park, we don’t have much longer to wait. In fact, Toy Story Land’s website has a live countdown to the park opening, down to the second. You still have plenty of time to watch the full Toy Story trilogy a few times over before experiencing the real deal for yourself.