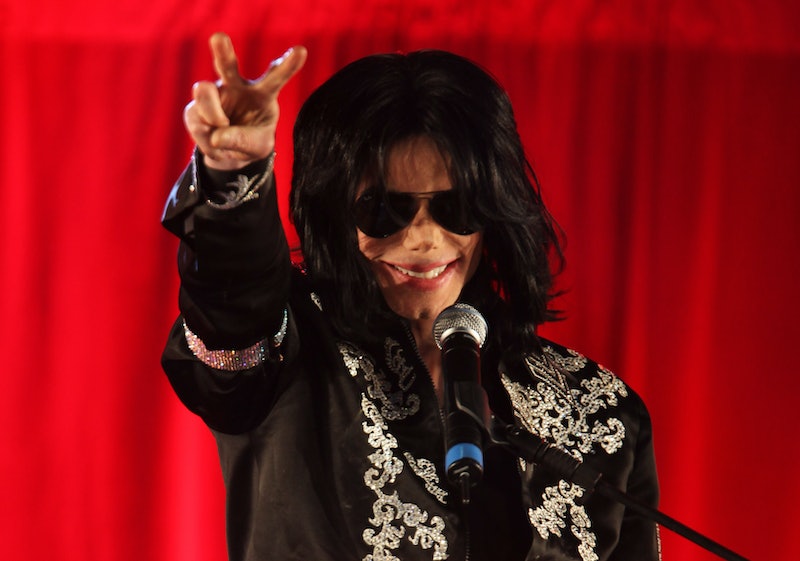 Nearly nine years after his death, a Michael Jackson musical is coming to Broadway that will immortalize the King of Pop in a way that fans will be able to sing and dance to like they've never done before, according to Deadline on Tuesday June 19. The project, which has yet to be titled, is a collaborative effort between Jackson's estate and Columbia Stage and will feature a plethora of musical offerings from the entertainer's huge catalog of work, according to the media outlet.

Due to make it's debut on Broadway sometime in 2020, the forthcoming play will reportedly share details about both Jackson's life and musical genius. However, it remains immediately unclear whether or not some of the more problematic and controversial aspects of the legendary performer's life will be showcased during the stage show.

Information about contributors and cast for the project, though still scarce, seem to be shaping up quite nicely with Deadline pointing out that two-time Pulitzer Prize winner Lynn Nottage will pen the show’s book, while the choreography and direction will be handled by Christopher Wheeldon. Nottage is notably the only woman to have ever won the Pulitzer Prize for Drama twice, scoring the accolade in 2009 for Ruined, and again in 2017 for Sweat.

Much like the musical's book writer, Jackson's career has been highlighted with record breaking moments. His 1982 album Thriller was widely credited for crossing racial barriers in pop music and currently holds the title of the best-selling album of all time. iHeartRadio points out thatThriller was the first album to become certified 33x multi-platinum.

In light of his undeniable contribution to music, Jackson has been inducted into the Rock and Roll Hall of Fame twice (as a member of the Jackson 5 and as a solo artist), and holds several Guinness World Records including the Most Successful Entertainer of All Time. He also boasts 13 Grammy Awards, the Grammy Legend Award, the Grammy Lifetime Achievement Award, 24 American Music Awards and more.

Fans of the pop culture icon were elated to learn of the plan to bring Jackson's story to Broadway. Many took to Twitter to share their reactions to the news.

The announcement of Michael Jackson: The Musical comes just two months before what would be the entertainer's 60th birthday. On Monday, June 19, Jackson's official Twitter account announced plans to honor the icon's "diamond birthday" in Las Vegas. His estate revealed that it will celebrate the day by carrying out Jackson's mission to "help disadvantaged people around the world." The statement shared on the artist's website explains that the estate will join forces with The Elizabeth Taylor AIDS Foundation and assist with the work of GAIA Elizabeth Taylor Mobile Health Clinics which brings accessible health care to the citizens of the East African country, Malawi.

There has certainly been no shortage of live-action Jackson features over the years. London's Thriller Live concert revue has been in production for approximately a decade, while the Cirque du Soleil show Michael Jackson ONE has remained a mainstay in Las Vegas since 2013. A concert documentary entitled Michael Jackson’s This Is It was released in theaters in 2009 and has grossed $261 million worldwide, according to Zimbio.

Jackson was the eighth child of ten children born to Katherine and Joe Jackson and made his sining debut alongside his brothers Jackie, Tito, Marlon and Jermaine as the youngest member of Jackson 5 in 1963 at just 5-years-old. Michael's talents later spun off into a solo career in 1971 and continued to grow as he became the biggest influence in the music industry for four decades and counting.

Jackson died of cardiac arrest on June 25, 2009. Despite his untimely passing, he has long remained a huge inspiration to artists who have followed in his footsteps. With the new musical on Jackson's life now officially making its way, a whole new generation of fans will have the ability to be mesmerized by the sounds and dance moves of Michael Jackson.

More like this
Everything To Know About Taylor Swift’s 10th Studio Album, 'Midnights'
By Grace Wehniainen and Jake Viswanath
Twitter Is Freaking Out Over Rihanna’s 2023 Super Bowl Halftime Show Announcement
By Stephanie Topacio Long
Self Esteem's “F*cking Wizardry” Is An Anthem About Knowing Your Worth
By El Hunt
What Demi Lovato Really Thinks About Child Stardom, Depression, & Sobriety
By Radhika Menon
Get Even More From Bustle — Sign Up For The Newsletter