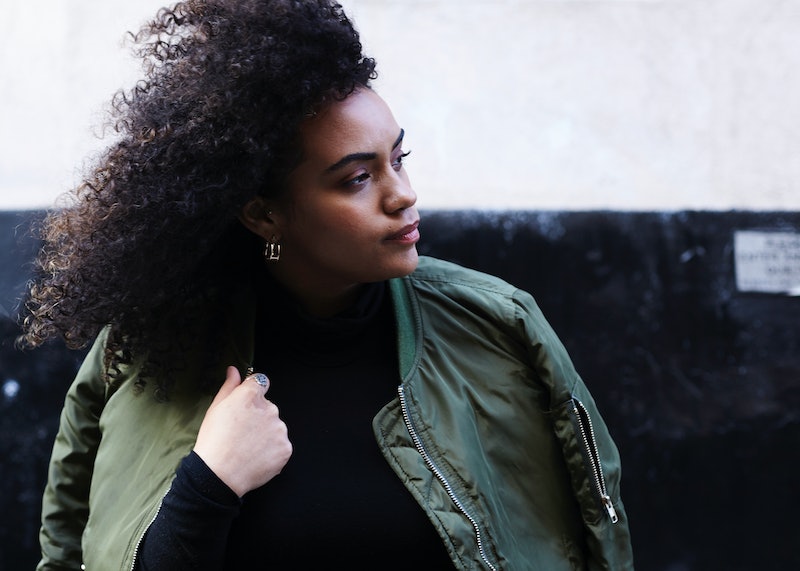 A study published in the journal Cancer this week has brought sobering news about reproductive health: More people are dying from cervical cancer than originally thought. And even more distressingly, the mortality rates of black people due to cervical cancer were demonstrated to be the worst overall. According to the study, which was led by researchers from the Johns Hopkins Bloomberg School of Public Health, the cervical cancer mortality rate for white people is 47 percent higher than what we had previously thought; for black people, meanwhile, it's 77 percent higher.

Some details: Tech Times reports that according to the study, the mortality rate due to cervical cancer for black women over the age of 20 in the United States was 5.7 out of 100,000 annually; for white women, meanwhile, it's 3.2 out of 100,000 per year. What's more, when corrected for hysterectomy — which typically eliminates the risk of developing cervical cancer, since the procedure involves the cervix's removal — the mortality rate for black women actually increased to 10.1 per 100,000 each year. This rate is similar to that of less developed nations; it's also a stark contrast to the ratefor white women, which rose only to 4.7 out of 100,000 a year.

Study author Anne F. Rositch of the Department of Epidemiology at the Bloomberg School said in a press release that although racial disparities have been on the decline in recent years, it is important that researchers and doctors do not ignore the glaring differences in mortality rates when it comes to race.

"While trends over time show that the racial disparities gap has been closing somewhat, these data emphasize that it should remain a priority area," Rositch stated. "Black women are dying of cervical cancer at twice the rate as white women in the United States and we need to put in place measures to reverse the trend."

This research comes in the wake of similarly shocking news in 2016 that confirmed that the mortality rates due to breast cancer for black women are also higher than that of their white counterparts. Research from the Sinai Urban Health Institute and the Breast Cancer Research Foundation found that there were 30.7 deaths per 100,000 black women and 21.4 deaths per 100,000 white woman — a notable disparity.

The fact that the study controlled for hysterectomies is important; in fact, it's the first study of this nature to do so. It's thought by excluding this group, doctors will have a better chance of finding a cure for the deadly disease. But as the shockingly large racial disparity is one outcome of the study that can't be ignored, here's hoping that changes can be made to ensure black women and women of color receive the same health opportunities as their white counterparts too.

In the United States, many women still don't have access to basic healthcare and cervical cancer screenings, which are adept at spotting the first signs of cervical cancer before it develops. But women of color are often more disadvantaged for a variety of reasons; indeed, the Robert Wood Johnson Foundation found in 2012 that Latinos and African-Americans receive 30 to 40 percent poorer health outcomes than white Americans.

Let's hope this research will go some way in persuading health experts to offer more protection and attention to the women who need it most.