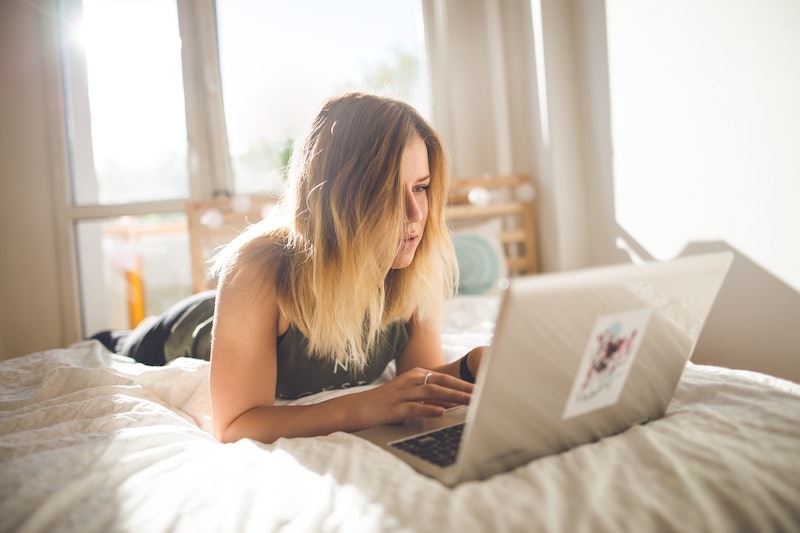 If you've found yourself furtively asking the Internet for life advice before, you're not alone. Judging from the most common how-to searches on Google, the search engine has started to function as some strange combination of handyman and parent — the place we turn to for advice when the dishwasher is spewing suds or we can't quite remember how to boil an egg. According to Google, "how to..." searches have increased by more than 140 percent since 2004, a fact that led the company to put together a visualization of the most popular how-to searches in the world. Believe me when I say that the list is painfully relatable.

Collaborating with data journalist Xaquín Veira, Google turned the data into an interactive website where users can input their location to see what people tend to search in their area. Overall, walls, doors, and windows were the most common fix-it searches in virtually every country. In North America and East Asia, toilets were the main household item to need repairs, but in former Soviet countries, it was the washing machine. Whether the searches actually worked will forever remain a mystery.

The most interesting part, though, has nothing to do with household repairs. The site also lists the top 100 how-to searches worldwide since 2004, and apparently, people turn to Google for pretty much every part of the human experience. In no particular order, here are nine highlights from the list.

I would poke fun here, but honestly, if I had had private Internet access when I was a teenager, I would have been Googling the same thing.

How To Tie A Tie

Even I have Googled this one, and I don't even own a tie.

How To Lose Weight

Veira notes that "how to lose weight" peaks in January every year.

How To Ask Someone To Prom

If kids are looking to Google for ideas on asking someone to prom, it's no wonder promposals get more elaborate with every passing year.

How To Do The Cup Song

Thank you, Pitch Perfect, for inspiring everyone on the planet to learn an elaborate cup dance.

How To Write An Essay

How To Make Money

How To Draw A Dog

"How to draw" is the fifth most common search overall, but the oddly specific phrase "how to draw a dog" was searched often enough to make it to the top 100 list as well.

How To Get Rid Of Hiccups

When someone figures that out, please let me know. In the meantime, I'll keep drinking water through a paper towel and praying it works.

These are just a few of the myriad ways people look to Google for advice. To browse the list in its entirety, you can check out the interactive guide here, or read Google's summary, including a list of the top ten searches, here. One thing is clear: Life was much harder before Google came along.