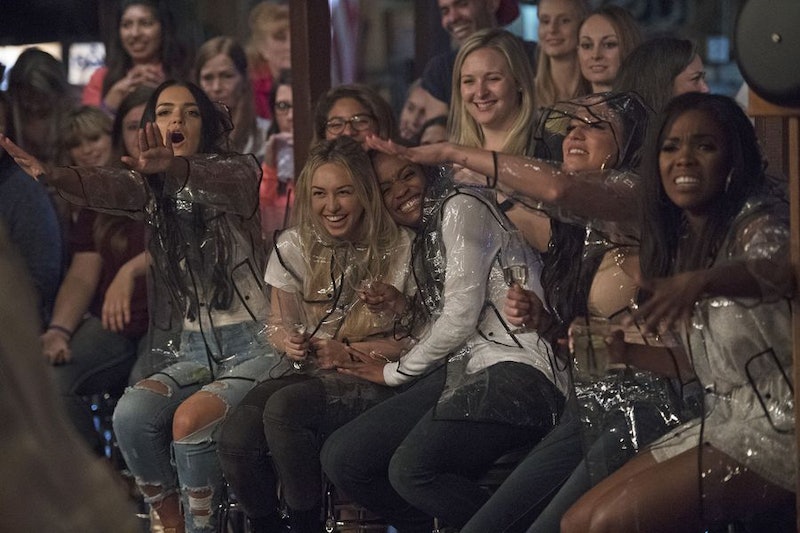 To say that I'm excited for the next Bachelor in Paradise season is the understatement of the century. Unfortunately for me, I still have to wait until the episodes air because the show only just started filming. But, we were blessed with a list of some of the cast members who will be joining the show this summer, and for the most part, I'm happy with the names. Especially, Alexis Waters, who I think the most exciting person going to Bachelor in Paradise ... by far.

I mean, come on. A tropical resort is the perfect place for the dolphin/shark to thrive. Alexis was basically made for Paradise. Thankfully Alexis fans (i.e. every single viewer) have been graced with her presence during two different episodes of Rachel Lindsay's Bachelorette season to tide us over, but that's just not enough. In fact, her time on Nick Viall's season of The Bachelor was also way too short. She was more like a friend to Nick and often got pushed to the credits at the end. She deserves more screen time and Bachelor in Paradise is her chance to shine bright like the star that she is.

Needless to say, I'm pumped to see my girl Alexis on BiP and you should be too. There are plenty of reasons why she is the one to watch.

1. She Will (Hopefully) Get Out Of The Friend Zone

Alexis and Nick ended up being more buddies than boyfriend and girlfriend during his season of The Bachelor. With more options to choose from, Alexis could have her own shot at love or at the very least a hot summer fling.

2. She Says The Funniest Things

I don't really care what Alexis does at the resort. I'm really just waiting to see what she says during her on-camera interviews. She is hysterical without even trying.

3. She's Meant To Be In A Tropical Climate

We met Alexis when she was dressed as dolphin/shark. That didn't totally go her way at the Bachelor Mansion, but it's so perfect for Paradise.

4. She Knows How To Have A Good Time

Alexis takes any situation from zero to one hundred. She is one of those people who makes every person more fun. We need her to make sure everyone is turning up and having a good time.

5. She Says What's On Her Mind

She has no qualms when it comes to sharing her opinions. Alexis holds nothing back and that's exactly what I want in my reality TV stars.

6. She's Interesting Without Being Mean

A lot of people think that they need to be mean or start fights in order to be a great reality star, but that's far from true. Sure, it's difficult, but Alexis manages to entertain without being a bully and it's refreshing.

I can't wait to see what Alexis says, wears, and does, in Paradise. I have no doubt that she is going to be the one to watch on the show next season.