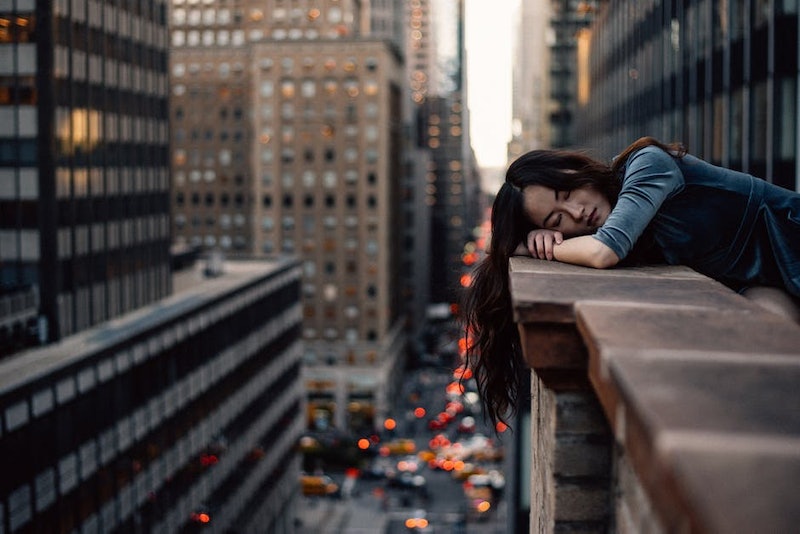 For those of you who have spent the months since the election dreading news alerts on your phone, sobbing into a glass of Merlot, or staring blankly at the ceiling and questioning the very nature of reality, it will come as no surprise to you that America is more stressed out than it was last year. Although we reached our lowest stress level in a decade in 2016, a new study found that stress levels on the rise once again, and some states are decidedly more stressed than others.

This week, the personal finance website WalletHub released a ranking of the most and least stressed states in America by comparing them across four main categories: work-related stress, money-related stress, family-related stress, and health and safety-related stress. WalletHub analyzed 33 indicators to determine a state’s score, including average hours worked per week, housing affordability, parental-leave policy score, and prevalence of binge-drinking.

WalletHub noted in their findings that while money, work, and the economy typically top the list of stressors, recently, Americans report increased anxiety over the election outcome, current political climate, and uncertainty about our nation’s future. A study by the American Psychological Association found that as of January 2017, 57% of Americans reported that the current political climate is a very or somewhat significant source of stress.

And stress is more than just an unpleasant feeling that makes us do things like eat a sleeve of Oreos or scream into a pillow. And not to make you more anxious, but stress has very real physical repercussions, including migraines, heartburn, and ulcers, to name just a few of what is honestly an unsettlingly long list.

So take a deep breath, lay on an accupressure mat, watch your favorite show, whatever helps. It's for your health, after all.

Here’s a closer look the most and least stressed-out states, and find our how your state ranks here.

Alabama ranks pretty highly across all stress categories, and is 2nd in work-related stress. It also ranks fourth for fewest hours of sleep, though to be fair, I wouldn’t get much sleep either if my state had a clown problem.

Louisiana has fewer psychologists per capita than any other state, and the fourth highest divorce rate. Laissez les bons temps rouler …

Mississippi has the highest percentage of population living under the poverty line, and third-highest percentage of adults in poor health. While the connection between poverty and poor health was long assumed to be the result of a poor diet or sedentary lifestyle, studies suggest that the stress of living in poverty contributes significantly to the deterioration of one’s physical health.

In addition to ranking 50th and 51st for money-related stress and health & safety related stress, Minnesotan's also ranked #1 for "emotional and physical well-being" according to WalletHub's September ranking of the happiest states. Still, is happiness worth being buried in three feet of snow six months of the year? The last time I went outside in the snow I cursed the whole time and almost fractured my ankle. To each their own, I guess.

Another very cold state that's very chill (ugh sorry, sorry, I'm just as disappointed in me as you are), North Dakota has the second-lowest divorce rate, and the highest credit scores in the country.

Iowa has the most affordable housing in the country, and as anyone who's eaten beans for a week straight because you're worried about making rent this month knows, being able to afford a place to live can be a huge stressor.