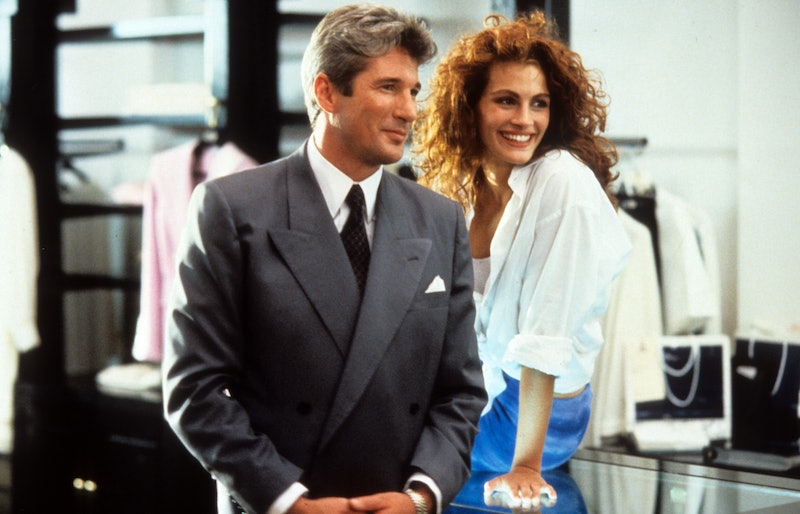 There's nothing more comforting on a cold winter's day (or a lonely Valentine's Day) than a heartwarming '90s romantic comedy. But everyone's choice for the best '90s rom-com varies — even by state. In fact, the U.S. can't make up its mind on which film takes the top prize. The most popular '90s rom-com in the U.S. is actually a tie between two classics: Clueless and My Best Friend's Wedding, according to a new report published on Monday, Nov. 25.

USDish assembled a new report on the country's most popular '90s rom-coms using a mix of Ranker and Google Trends. The results confirmed the obvious: people are still going crazy for Julia Roberts' curly hair, Hugh Grant's eyes, and everything we fell in love with about '90s movies, over two decades later. The site used data from Google Trends to determine each state's most popular rom-com, effectively revealing the entire country's favorite flicks — or, at least, their most searched.

According to the report, the Alicia Silverstone-starring high school classic Clueless and the crowd-pleasing My Best Friend's Wedding, starring Roberts and Cameron Diaz, were the most popular picks in 12 states each. Clueless reigned supreme in states like California and Hawaii, while My Best Friend's Wedding took the crown in states like Texas and Florida. However, the Steve Martin comedy Father of the Bride was not far behind, being the most popular '90s rom-com in 10 states.

Adam Sandler and Drew Barrymore's first adorable rom-com, The Wedding Singer, ranked in fourth place, with it being the first choice in seven states. You've Got Mail was the most Googled '90s rom-com in four states, with While You Were Sleeping taking the crown in two states and Notting Hill only coming out on top in Washington, D.C.

Interestingly enough, 10 Things I Hate About You, which takes place in Seattle, was the most searched film in Washington, its home state. And for any Pretty Woman fanatics out there, don't worry: the defining Roberts and Richard Gere film came out on top in two states, including New York. Perhaps that has something to do with the Broadway musical that played in New York City earlier this year?

USDish noted that none of the films on their list have been remade, but that's about to change — kind of. A Clueless reboot is being created for the small screen, and it has a bit of a twist. The new series will be set in the present, and will see Dionne assume the queen bee title after her best friend Cher goes missing.

It's not known if Silverstone or any of the film's original stars will appear in the reboot, but as this report proves, fans across America would completely love to see them onscreen again.