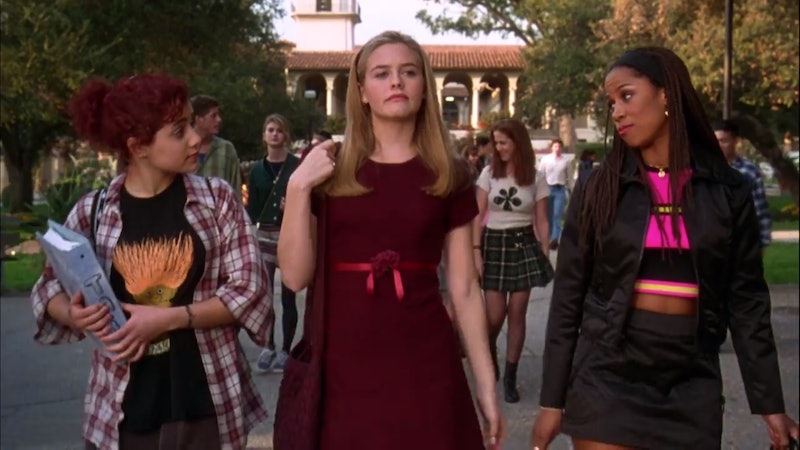 Cher is MIA in the description for a potential new Clueless TV reboot with Dionne as the star, but that's all part of the twist driving this decidedly more dramatic take on the 1995 movie. The modern-day reboot is set to take place in Los Angeles, and feature Cher's best friend, Dionne, stepping into her role as the most popular girl in school after Cher goes missing, as reported by Deadline. With her best friend suddenly nowhere to be found, Dionne will balance finding Cher and navigating high school politics as the new queen bee.

Stacey Dash played Dionne in the movie, which also starred Alicia Silverstone, the late Brittany Murphy, Donald Faison, and Paul Rudd. It's far too early to know whether any of the original actors will appear in the potential series, but given the high school setting, they would have to assume new roles if they did pop up.

The Clueless reboot doesn't have an official home yet. But this mystery-fueled reinvention of the classic movie, written by Will & Grace scribes Jordan Reddout and Gus Hickey, is generating interest from a number of streamers, as well as The CW, per reports from Deadline and The Hollywood Reporter. In terms of potential homes for the series, The CW makes sense not only because CBS Studios owns the rights to the movie, but also because one of the network's biggest hits is invoked in the official description for the pilot.

Per THR, this take on Clueless is being described as "Mean Girls meets Riverdale meets a Lizzo video." An updated Clueless would also fit right in on a channel that delivered a dark Archie series, a modern Nancy Drew, and brought the '80s primetime soap Dynasty into the 21st Century.

Fans of the original Clueless might instinctively start buggin' out at the mention of a dark reboot, but the movie already received a faithful TV spinoff in 1996. If Hollywood is going to reinvent Cher's fashion-forward world, this seems like an interesting way to do it, and it helps that the more grounded Dionne (played by Dash in the movie and '96 series) is the focus rather than the peppy Cher.

In Vanity Fair's 2015 oral history of the movie, the film's writer-director Amy Heckerling explained that anchoring the story with a character who had "relentless reserves of optimism" was always the goal. But now, the reboot will ask what happens when Cher and her eternal optimism are removed from the world of Clueless.

The fashion, the wit, and all of Cher's friends will remain, but the potential series could show viewers her world through a modern, inclusive, and far more dramatic lens.