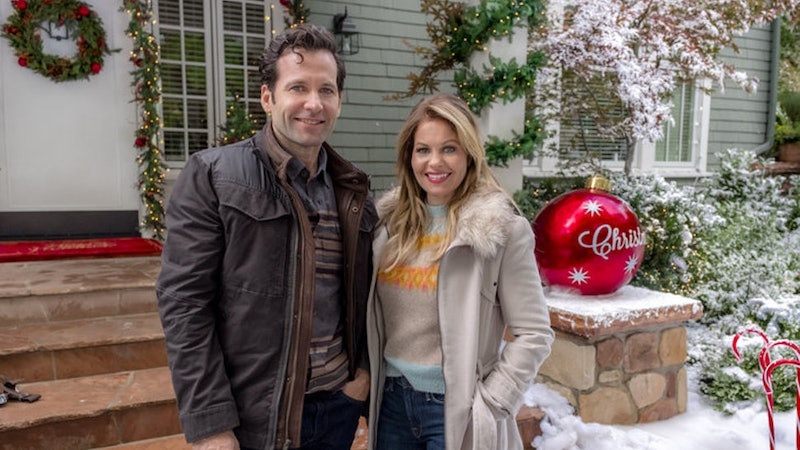 Christmas is considered to be the most wonderful time of the year, not just because of the time spent with family and friends (though that's, of course, important as well), but also because it's the season of endless amounts of Hallmark Christmas movies. However, if you ever had any doubt of the network's holiday staying power, recent date collected by CenturyLinkQuote.com revealed what the most popular Hallmark Christmas movies are in each state, and the results may very well surprise you.

In order to help create this very handy movie map, CenturyLinkQuote.com searched the titles of Hallmark’s 2017 Christmas movies in Google Trends and discovered what movie each individual state searched for the most from October 1, 2017 to October 1, 2018. That means none of the 37 new Hallmark Christmas movies of 2018 will be included on the map, but that kinda makes sense, given that peak Christmas viewing time is still in full swing, making any results inconclusive until December is over. Plus, that's something to look forward to for next year!

So does your state's favorite holiday film match your own? Which states had Switched for Christmas as their No. 1 and which had The Christmas Train? Check out the results below and be sure to take a look at the cool map graphic as well.

Additionally, here are some of the interesting highlights that were found in the study.

That may have something to do with the fact that the former includes some very prominent Hollywood stars, such as Danny Glover and Dermot Mulroney, while the latter was adapted from Richard Paul Evans' novel.

Utah Is The Only State That Favored Switched for Christmas

Apparently double the Candace Cameron Bure doesn't necessarily double the popularity (sorry D.J.!), but it makes sense for Utah to be a huge fan, considering the movie was filmed in downtown Salt Lake City.

California Is A Big When Calls the Heart Fan

The Hallmark series is widely beloved, so it makes sense that its holiday film, Christmas Wishing Tree, would prove to be successful as well.

Interestingly enough, so did Colorado, even though the film was set in Vermont.

In conclusion, everyone loves a good Hallmark Christmas movie, and now we've got the data to prove it.