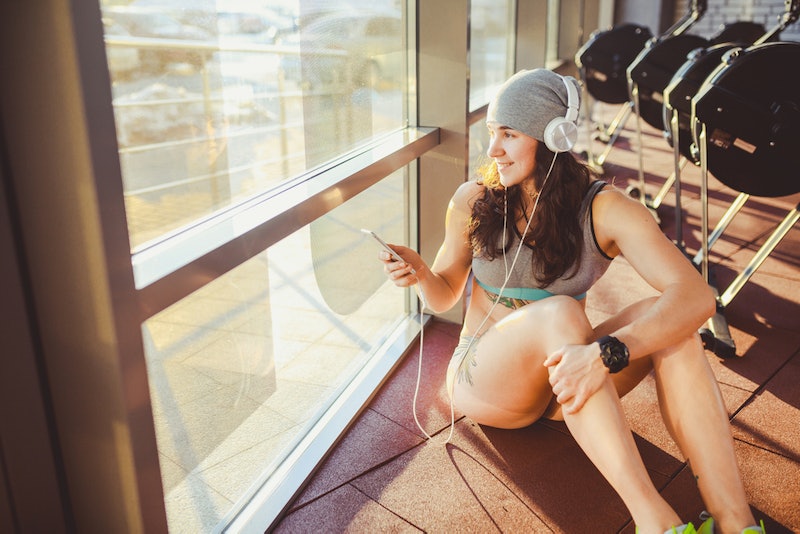 Getting pumped during your latest workout is no longer in the “eye of the tiger” — at least not for millennials. Spotify just released the top workout songs users listened to in 2018, and some of the tunes that made the list might just surprise you. According to Spotify, there are 43.5 million workout-themed playlists on the music-streaming platform. Spotify was able to take all those playlists and figure out what song is the top motivator for listeners, what fitness trend is on the rise, and more. Did any of your workout tunes make the list?

Taking the top spot as the most popular workout song globally in 2018 is Drake’s "God’s Plan," according to Spotify. Cardi B’s "I Like It" takes the number two spot, and then listeners take it up to 11 with Eminem’s " Till I Collapse" at number three. Listeners bring the intensity down with Drake’s "Nice For What" at number four and round the list out with Dua Lipa’s dance anthem "One Kiss" at number five.

But the list changes when Spotify breaks it down not just by year but by the top workout songs globally of all time. "Till I Collapse" goes from number three to take the top spot, and the artist gets another spot on the list; "Lose Yourself" from 2002's 8 Mile soundtrack takes number two. Kanye West takes number three and four with "Stronger" and" POWER," two classic workout jams, while Macklemore and Ryan Lewis featuring Ray Dalton take number five with "Can’t Hold Us."

According to Spotify, this is the third year in a row Eminem’s "Till I Collapse" was the top global song people picked to help them crush their workouts. (Side note: If you're working out till you collapse, you should probably dial back the intensity a bit.) But just because "Till I Collapse" was the global pick doesn’t mean it gets everyone pumped up. Spotify says Eminem’s intense lyrics were actually the top playlist pick for men, while Mark Ronson and Bruno Mars’ "Uptown Funk" was the top workout motivator for women.

But there are some throwbacks that are making a resurgence because their themes connect to the latest fitness trends, according to Spotify. Cryotherapy and ice baths grew the most in popularity in 2018, says Spotify. (Cryotherapy involves sitting in freezing or near-freezing temperatures for a few minutes to treat a variety of ailments, such as pain relief, healing muscle damage, or reducing inflammation, according to Medical News Today.)

The top songs in cryotherapy and ice bath-themed playlists? You guessed it: Vanilla Ice’s "Ice Ice Baby" took number one, followed by Foreigner’s "Cold As Ice." A sorta-surprising pick on this list? "Let It Go" from Disney’s Frozen. Maybe this one helps you let go of the discomfort of sitting in an ice bath?

No matter how you choose to get motivated to get moving, Spotify’s got a lot to choose from. You can either build your own playlist or just hit play on something someone else put together. Either way, you can move to the beat of whatever you want when you're working up that sweat.