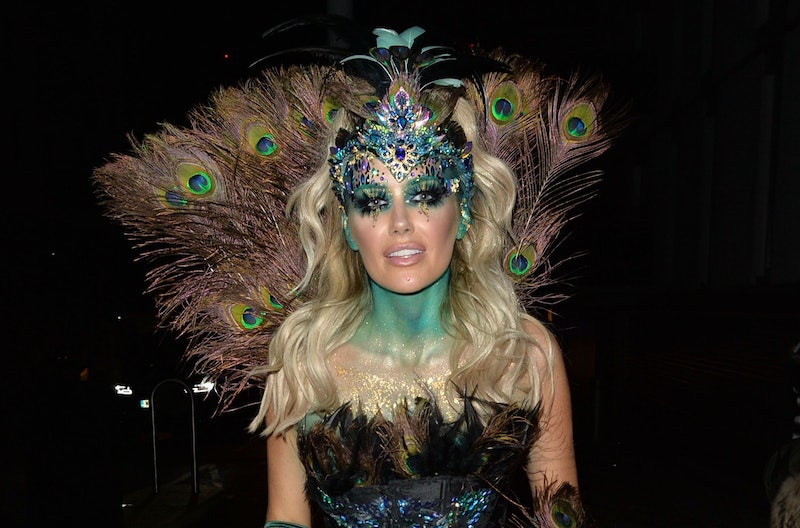 Spooky season is well and truly upon us and Halloween is undoubtedly one of the most highly anticipated days in the social calendar. Soon there will Halloween parties in full swing, pumpkins lining the streets and hoards of trick or treaters on a serious plight to secure as many sweets as possible. As we approach the day itself, the rush to find the perfect costume is on. But some of the festivities have already begun for the rich and famous, so here are the best Halloween outfits from UK celebs and be warned, the bar has been set pretty high.

Over in America, months of planning go into celebs' Halloween costumes, as it's one of the most important social events of the year. Who could forget Heidi Klum's spectacular Jessica Rabbit in 2015 (which took nine hours of preparation to complete the prosthetics), or Lady Gaga as a terrifying Edward Scissorhands in 2017? But, in recent years, Brit celebrities have stepped up their game, and created some incredible looks to rival their U.S. counterparts. Think Rita Ora as a very convincing Post Malone, Perrie Edwards as Ursula, and Harry Styles rocking one of Elton John's most famous get ups. This year has proved no different and UK celebrities have worked hard to create the perfect, most hilarious, and most spine-chilling Halloween outfits of 2019.