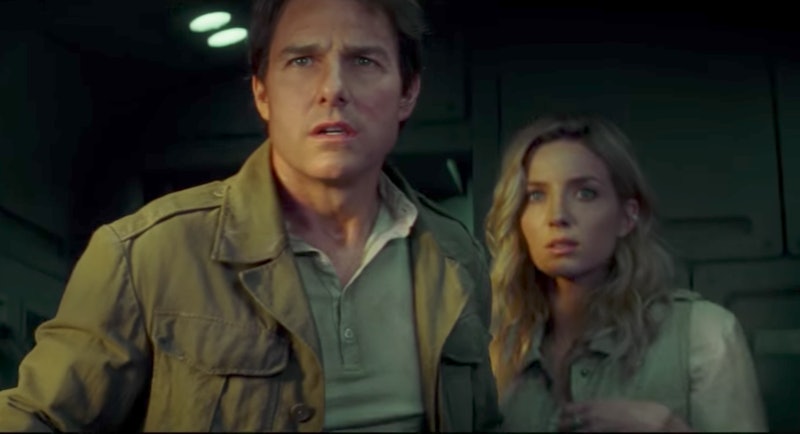 On June 9, fans will get to see Tom Cruise headline The Mummy — but you'd be forgiven for thinking you'd already seen the exact same film a number of years back. As it turns out, The Mummy is a remake, but not of the movie you're probably thinking of, that came out in the '90s. It's actually a remake of the original Mummy released in 1932. Who would've thought?

That film, which many of you might never have seen, follows Ihmotep, the once high-priest who was sentenced to death for murdering the Pharaoh. He is actively on the hunt for his long lost love after he's been set free by a group of British archeologists. And in the '90s version of The Mummy, the crew follows the original's lead, with Brendan Fraser's lead character tasked with leading a team of explorers through the Sahara. Now we're seeing his character reimagined by none other than Tom Cruise, as he tackles the haunting of an ancient princess who's risen from the desert.

There's no sign that Fraser will be making his return in the new film, but it would be interesting to see a cameo, even if the new movie is based on the original '30s one, not his version. Yet even without any celeb cameos, the new movie sounds very intriguing. It'll find the princess develop her impact by affecting not only the Sahara, but the city of London, as seen in the trailer. The ancient princess, played by Sofia Boutella, believes her destiny was taken from her, and now she has a quest to terrorize modern society out of vengeance.

I'm excited to see how well this film does after a nine-year hiatus on the franchise. The movie might not be like the '90s one you remember, but even if it's totally different, it could be equally satisfying.