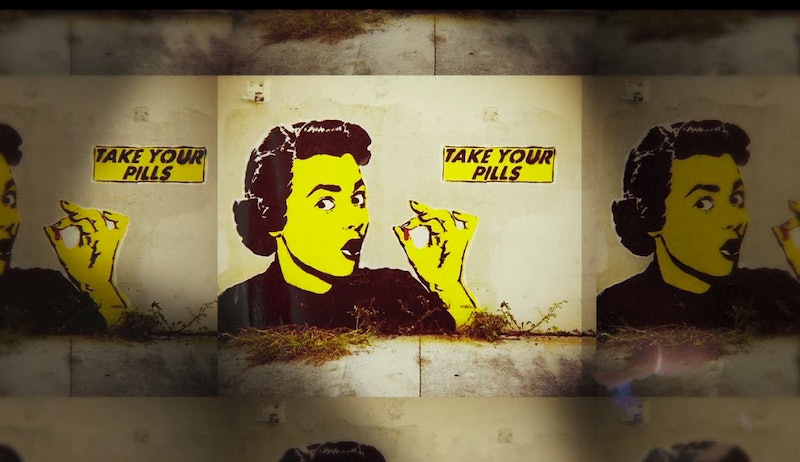 Amphetamines like Adderall and Ritalin are prescribed to curb symptoms of ADHD, but their "recreational" use, especially among college-age students, has increased dramatically in the last decade. A new Netflix documentary, Take Your Pills, out March 16, examines the modern use of these drugs in our capitalist, hyper-competitive society. They're a perfect match: brain-boosting performance enhancers increasing focus and productivity in a world where individual expectations are high, competition is stiff, and the pressure is on. Take Your Pills suggests that these drugs defining our era, but while that may be true, amphetamines have actually been used and prescribed for years.

As the Netflix doc discusses, use of legal forms of amphetamines, including Ritalin and Adderall, have quintupled since 1995. A study by NCBI reports that in 2005, legal use of the drug surpassed total amphetamine use at the height of the 1960s epidemic, meaning America is using more amphetamines now than at any point in its history. To get a sense of just how major this issue is, here's a brief history of major moments in amphetamine use in the U.S. As Take Your Pills states, the uses and prescriptions of the drugs deserve closer examination, as they're affecting society in drastic ways.