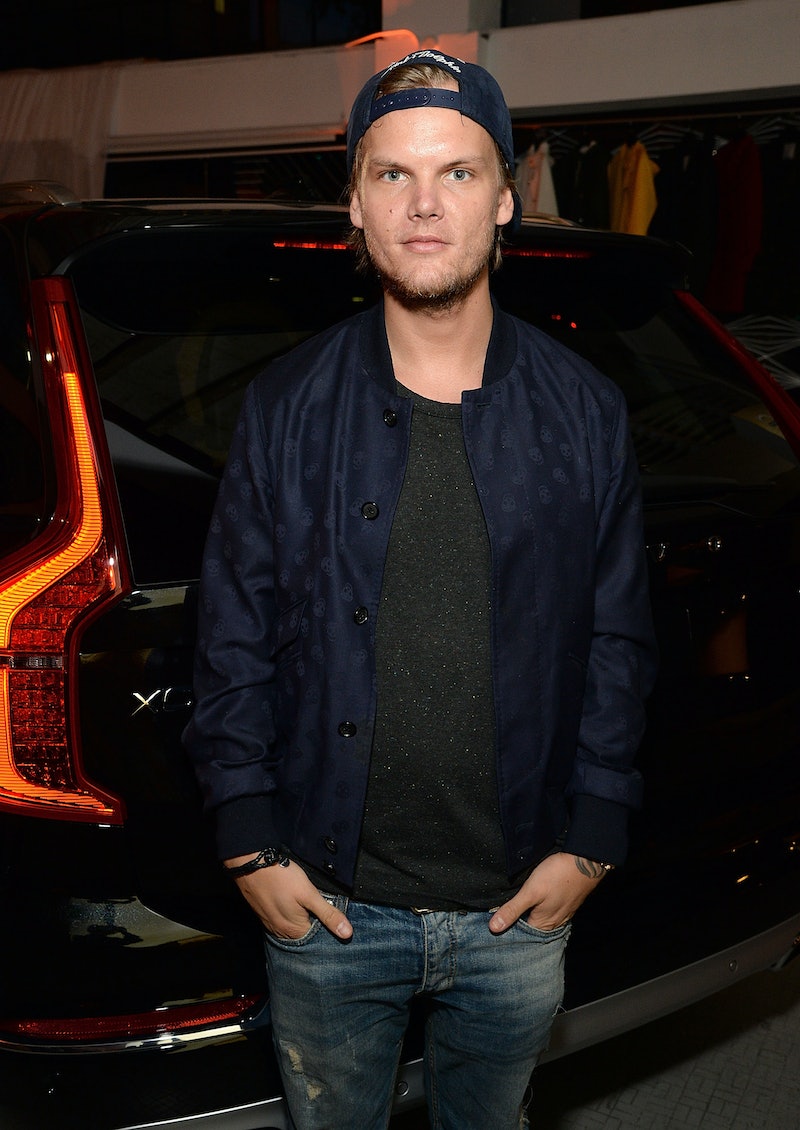 A legend lives on through his music. On April 10, a new Avicii song called "SOS," featuring singer Aloe Blacc, hit the web, along with an accompanying music video filled with touching memories and messages from several fans of the late DJ (real name: Tim Bergling). The track is the lead single of off Avicii's forthcoming posthumous album, Tim, which, according to the New York Times, will include songs the musician had been writing and producing before his tragic death of an apparent suicide at age 28 last April in Muscat, Oman.

Avicii's two co-producers on the track, Albin Nedler and Kristoffer Fogelmark, explained in a behind-the-scenes video that the DJ had written in his personal notes that he had hoped to team up again with Blacc, with whom he'd worked on the 2013 hit, "Wake Me Up." And so Nedler and Fogelmark reached out to the R&B star to fulfill that wish. It was one of many bittersweet steps towards their painful quest to complete the songs their friend had nearly completed last year.

“Afterwards, finishing them was … I just get paralyzed by talking about it, but everything was about completing Tim’s version,” Fogelmark shared in the video.

Preserving Avicii's unique keystrokes was another hurdle in making "SOS" — though the men were able to do so by using a program called Fruity Loops (or FL Studio). “He had a completely different way of playing piano and keyboard,” added Nedler. “As a result, his fingers would sometimes strike an unusual key, which added to his unique sound. Tim’s fingerprints are literally across the entirety of "SOS.""

For his part, Blacc expressed the sense of honor he felt to be included on a song for which he had nothing but the highest praise. As he explained in the video:

“I feel like "SOS" was a song that was probably ahead of its time for when he wrote it. He wrote these lyrics obviously about some of his battles, and I think it’s a really important topic to approach and to share, especially with his visibility and his access to ears and hearts: To give people the words to be able to say ’I need help.’”

After announcing his decision to stop touring in 2016, Avicii had previously teased the new music that will be featured on Tim. "Last year I quit performing live, and many of you thought that was it," he wrote in a 2017 message to fans on his website, per Entertainment Tonight. "But the end of live never meant the end of Avicii or my music. Instead, I went back to the place where it all made sense — the studio. The next stage will be all about my love of making music to you guys. It is the beginning of something new. Hope you'll enjoy it as much as I do."

Avicii's memory — and music — is, indeed, living on, and "SOS" is just the latest reminder of that.