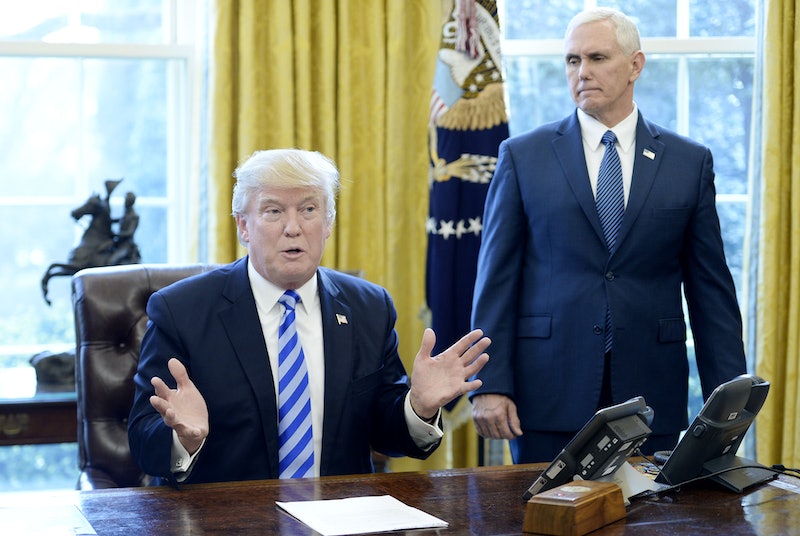 The choice by Republican leadership in the House to pass the updated American Health Care Act (AHCA) before the Congressional Budget Office (CBO) was controversial at best. It was likely a strategy to GOP give representatives some political cover. The earlier estimate showing that some 24 million more people would be uninsured in 2026 was one of the main reasons that bill never came to a vote. This time around, it barely snuck through. Now that the CBO score on the AHCA has come out, there will be real implications for the passing of Trumpcare.

The CBO estimates that the revised AHCA will cause 14 million people to lose coverage by next year, and 23 million people by the next decade — figures that will affect the coming debates over the bill in the Senate. While that figure is less than the CBO's estimate that 24 million would lose insurance in the first failed version of the bill number, that would make little difference to those who have relied on Obamacare for insurance, including the Medicaid extension.

According to the CBO, “Premiums would vary significantly according to health status and the types of benefits provided, and less healthy people would face extremely high premiums." And it gets worse. "In 2026, an estimated 51 million people under age 65 would be uninsured," the report states, "compared with 28 million who would lack insurance that year under current law."

The other key number is the savings that the bill offers. The CBO estimates that this latest bill will reduce the federal deficit by $119 billion over a decade, much less than the prior House version's savings of $150 in the same length of time.

Another quirk of this process is that the Senate's plan cannot spend more money than the House plan. With the current bill reducing the deficit by $119 billion, that limits the wiggle room the Senate has for adding financial assistance for people buying private insurance, as they reportedly want to do. Thus they will potentially have to delay or eliminate some of the tax increases that the House Republicans included in their bill.

There was a real possibility that the CBO numbers would completely stall the repeal and replace process that the Republicans are so dedicated to. That's why the House delayed sending the bill to the Senate, just in case they need to revise some aspect of it. "We just want to, out of an abundance of caution, wait to send the bill over to the Senate when we get the final score," House Speaker Paul Ryan told radio host Hugh Hewitt.

Even before the numbers came out, the Republicans and their allies were preparing for an advertising campaign to counteract a bad rating. They're planning on spending $2 million in 21 House districts and on national TV. The Democrats have been targeting representatives who voted for the AHCA in vulnerable districts with ads for weeks. Now with the CBO's definitive figures, Republicans in the Senate will face even more pressure as they debate the AHCA, and GOP representatives who are up for reelection in 2018 are sure to be bogged down by attack ads.