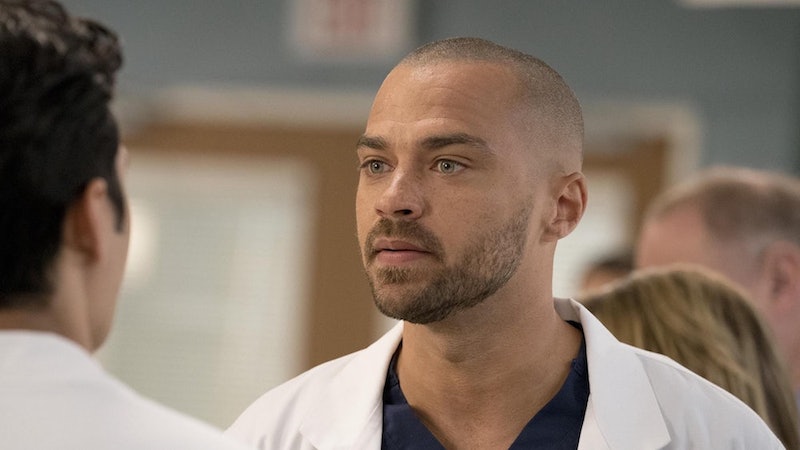 Important Grey’s PSA: Jackson Avery is likely going to be OK. The new Grey’s Anatomy Season 16 trailer teases how Jackson is rescued. When the series last left off, the surgeon’s fate was — much like the ominous fog that he had disappeared into — opaque. En route home from a disastrous camping trip with Maggie, Jackson stopped the car on the side of the road due to the thick, Seattle fog. The scene concluded with his disappearance into the mist — his whereabouts not made immediately clear as Maggie repeatedly calls out to him. The first trailer addressed the cliffhanger head on as a distraught Maggie frantically alerts paramedics, “He’s down there!”

Now, a new extended trailer previews the aftermath of the dramatic rescue ahead of the series’ Sept. 26 return. In the clip, shared through Good Morning America’s Twitter on Friday, Sept. 20, Jackson is found in bad shape but is successfully transported to the hospital. The entire ordeal appears to be unnerving for Maggie, who dons an anxious expression on her face as she prepares to assist with the procedure in the clip. She's then told, "It is not the time to give up on him." Elsewhere in the trailer, Meredith and the rest of the staff are left to contend with problems of their own, such as court-mandated community service and relationships on the rocks.

The last season concluded on a fraught note for several key players. Meredith — as well as her colleagues Richard Webber and Alex Karev — had been fired from her job at Grey Sloan Memorial after she committed insurance fraud in order to help a patient seeking asylum. To make matters worse, her beau Andrew DeLuca had been carted off to prison after taking the fall for her. Consequently, the new season will very much center on the ramifications of Meredith’s actions — one that will mark a "pretty radical change" for the season, according to Grey’s showrunner Krista Vernoff's recent interview with E! News.

"I promise you we're not wrapping it up in one episode, but we're spanning some time," Vernoff told the publication. "And we're sort of setting our foot forward on the new path for the season in the premiere, but the ramifications of last season play through this season.” Basically, it sounds like Season 16 will be all about the consequences. And, yes, it also seems like Meredith and Andrew’s relationship will be tested in a very real way — one that Vernoff has likened to a rom-com.

"We talked about Season 15 as the season of love, and we've been saying in the writers' room this year that it feels like the end of 15 was the end of the romantic comedy,” she told E! News. “If you think of Season 15 as a romantic comedy movie — I often see rom-coms and wonder what happened after that. Often in a rom-com a person chooses someone they love over someone else, but you don't play through the consequences. You don't get to see what happens after the happily ever after, and we've kind of been joking that Season 16 is like the fallout from Season 15."

Grey's Anatomy returns to ABC on Thursday, Sept. 26. If the new trailer is any inclination, viewers are in for a fog of emotions.