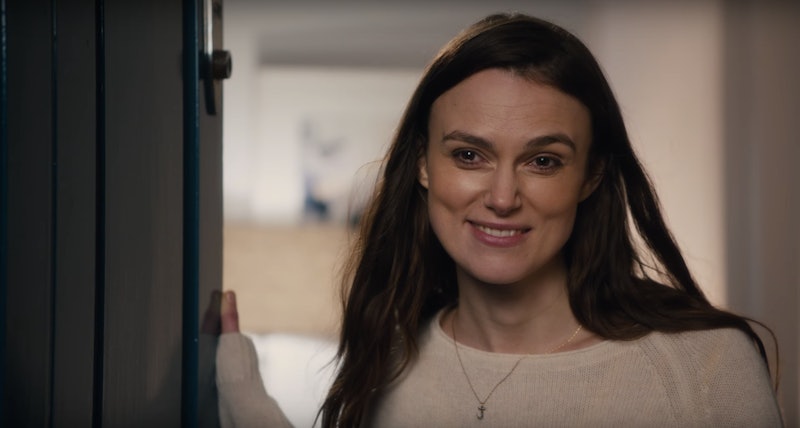 Universal Pictures
By Taylor Ferber
May 11, 2017

Nostalgic rom-com lovers, rejoice. There's a new trailer for the Love Actually sequel, and it's enough to make you burst with joy. Gearing up for the big May 25 premiere of the short Love Actually reunion film on NBC, the latest trailer feels like Christmas came early. In support of Red Nose Day (whose co-founder is writer-director Richard Curtis), fans get a peek at the highly anticipated cast reunion in Red Nose Day Actually. These guys prove it doesn't need to be the holiday season to show love actually is all around.

While the previous Red Nose Day Actually trailer certainly provided feels (largely because of use of the legendary white board signs), the latest gives a little insight about what the original's beloved characters are up to now. After taking a quick glimpse down memory lane and revisiting some of the most iconic and fan-favorite scenes from the original, the new trailer dives into the present.

Fans get a peek at familiar faces like Daniel (Liam Neeson) and his grown son Sam (Thomas Brodie-Sangster) years later, back on a park bench. The trailer also includes Juliet (Keira Knightley) with her husband Peter (Chiwetel Ejiofor) and sign-bearing Mark (Andrew Lincoln) at the door, a dancing Prime Minister (High Grant), and a turtleneck-wearing Jamie (Colin Firth). It's everything.

Additional cast members from the original crew who appear in the trailer include Bill Nighy, Laura Linney, Martine McCutcheon, and Rowan Atkinson. May 25 won't be Valentine's Day, it won't be Christmas, but it's bound to be a day filled with a whole lot of love.