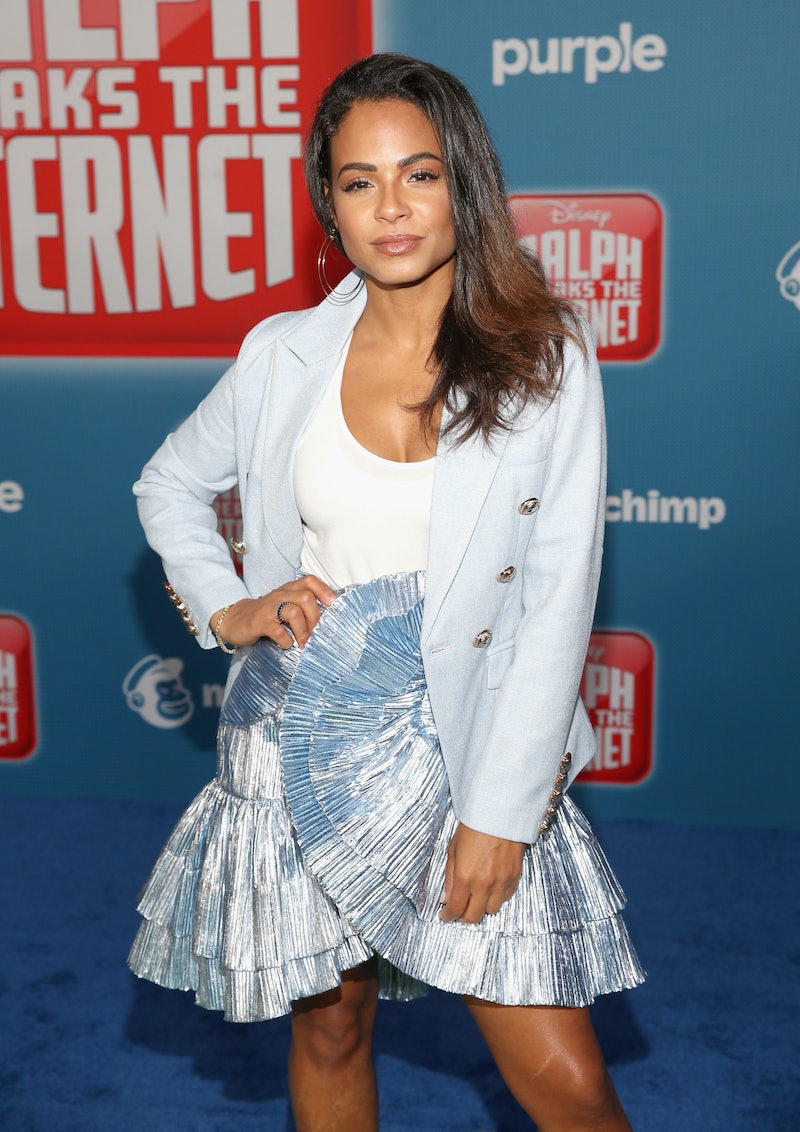 To all the romance and HGTV lovers, Netflix has your back with another rom-com. On Tuesday, Deadline reported that Netflix's new movie Falling Inn Love is going international in a different kind of love story. Starring Christina Milian and Unreal's Adam Demos, the film will take viewers all the way to New Zealand in a story fans will likely fall for.

The news of the upcoming romance film was appropriately revealed the day before Valentine's Day. According to Deadline, Falling Inn Love follows Gabriela (Milian), a city girl who finds herself with a money pit of property overseas after entering a "Win An Inn" contest on a whim. Despite the inn's gorgeous New Zealand location, Gabriela finds herself with the single option of fixing and flipping it. In the process, she reluctantly partners up with a "gorgeous" local contractor (Demos). On the unexpected journey, Gabriela develops a growing appreciation, not only for the local community, but for her project partner as well.

The film will likely have a beautiful setting as Deadline reports it's actually being shot in New Zealand. Although the premise is unique, it's likely to have expected rom-com staples as it's helmed by The Sweetest Thing director Roger Kumble (who also directed the 1999 cult classic Cruel Intentions). While Milian has yet to post about the news on social media, her co-star posted a photo of Deadline's story with the caption, "Pumped!!"

Netflix is clearly listening and giving the people what they want: more rom-coms. Last year, many credited Netflix for reviving the romantic-comedy genre thanks to the success of films like Set It Up, To All the Boys I've Loved Before, and The Kissing Booth. To All the Boys, based on the book of the same name, was such a massive hit with fans, that plans for a sequel were revealed by stars Lana Condor and Noah Centineo through a sweet Instagram video in December.

Plus, Falling Inn Love's stars Milian and Demos are no strangers to the genre. Milian, for example, starred opposite Nick Cannon in 2003's Love Don't Cost a Thing. Also a singer, Milian has a repertoire of love songs including 2004's "Someday One Day" and 2005's "Ain't No Reason." Recently, her co-star Demos played the often shirtless, man-bun-donning Aussie on WeTV's UnReal, a fictional spin of The Bachelor. His character August was one of the suitors (or contestants) vying for the attention of the "suitress" on the series' Bachelorette-inspired show Everlasting.

It seems that Demos is also bringing part of his real-life past experience to his role in Falling Inn Love. According to Now To Love, Demos was previously a construction worker before getting his break in acting, as he told Australian magazine TV Week last year. He reportedly had jobs in demolition, worked for a roofing company, and took on shifts at the Port Kembla steelworks in Australia before pursuing a career in show business.

As of now, it's unclear when Falling Inn Love will hit the streaming service but audiences know they have the rom-com to look forward to. And in the meantime, there's always the fan-favorite Fixer Upper.