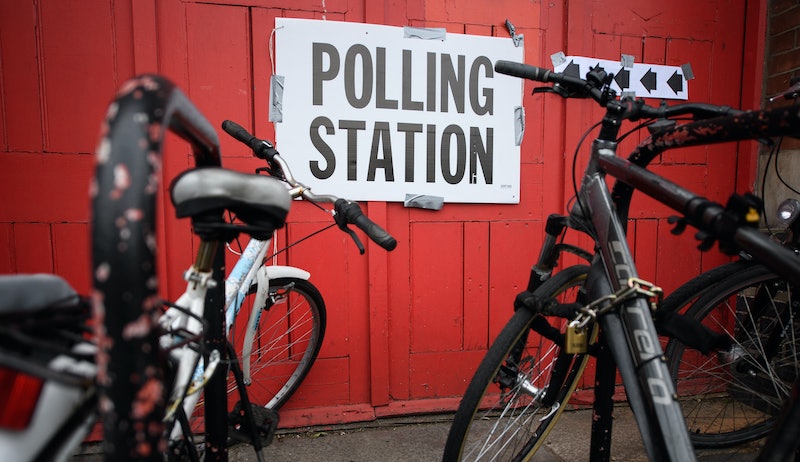 In the Queen’s speech on Monday (Oct. 14), the government proposed plans that would mean all people must carry ID to vote in the UK. The question is, though, is this just a common technique to protect against voter fraud, or is it moving into territory of voter suppression, preventing people of colour, the working class, and marginalised communities from voting?

The most hotly debated topics to have come up during the Queen’s speech include harder sentencing for those who commit violent crimes, a new environmental bill, and the formation of an NHS investigations body that would have legal powers. On top of that, the law that will require people to bring in a form of ID if they are to vote really got people talking.

According to the BBC, this policy follows voter ID trials held in Bromley, Gosport, Swindon, Watford, and Woking during last year’s elections. The first trial saw 340 people unable to vote due to no documentation, and around 688 were also stopped but returned later with the correct ID, the BBC reports. Now it appears that all members of the public may have to bring a passport or driving licence along with them to polling stations for both general and local elections or face not being able to vote at all.

Speaking to the BBC about this new voter ID proposal, a spokesperson for Cabinet Office told the BBC: "Showing ID to vote is a reasonable and proportionate way to protect our elections — it is something people already do in everyday life and voters in Northern Ireland have been doing it with ease for decades."

On the morning of Oct. 13, London Mayor Sadiq Khan tweeted in response to the proposal: "This is voter suppression. It will hit poorer and minority communities, just as it does in the U.S."

"The government have sat on their hands in the face of the actual threats to electoral integrity: anonymous ‘dark ads,’ dodgy donations, and disinformation. Instead of taking on the real issues, they are using a sledgehammer to crack a nut."

Despite the Cabinet Office stating that this new proposal is a means of "protect[ing] our elections," the Electoral Commission reports that, in 2017, there was just one conviction and eight suspects (who accepted police cautions) in regards to electoral fraud. And in 2018, there was “no evidence of large-scale electoral fraud.”

For marginalised communities, this new proposal is a cause for concern. And for those who live within marginalised intersections, it’s even more of a worry that their right to be heard could be taken away.