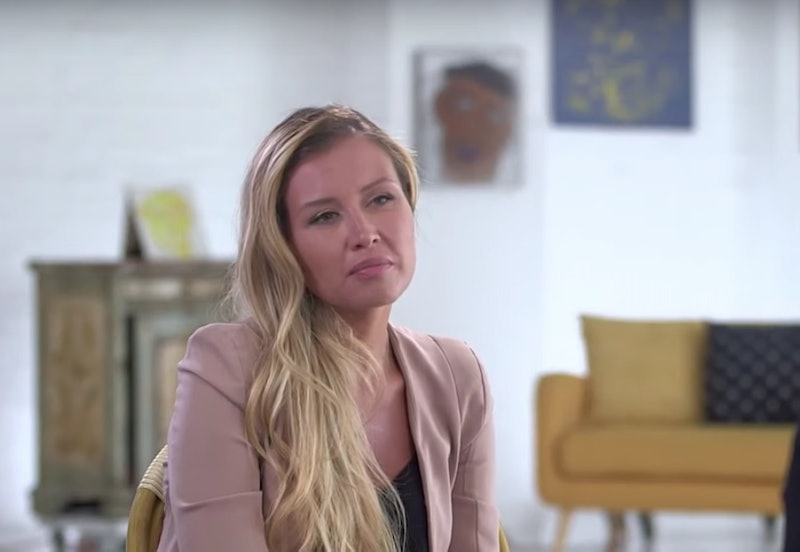 Survivors of past child sexual abuse in New York can finally seek justice, regardless of how old they are now. According to NPR, the New York Child Victims' Act creates a one-year "look-back window" starting Aug. 14 in which survivors of child sexual abuse can file civil suits, regardless of whether the crime was beyond the previous statute of limitations. Jennifer Araoz, who alleges she was sexually assaulted multiple times by financier Jeffrey Epstein when she was 14-15 years old, filed a lawsuit against his estate and some of his alleged associates under the act Wednesday morning. Her lawsuit is among the first filed under the new legislation, and it won't be the last.

Araoz originally announced her intent to file suit against Epstein in July. After his death by apparent suicide on Saturday, the suit was amended to target his $559-million estate, his longtime associate Ghislaine Maxwell, and three unnamed women employees who worked at his New York City townhouse at the time of Araoz's allegations in 2002, according to NBC News. The lawsuit alleges that they conspired to hide a sex trafficking ring that allowed Epstein to sexually abuse and rape Araoz, CNN reported.

“Today is my first step towards reclaiming my power,” Araoz said in a phone call with reporters Wednesday morning, as quoted by NBC News. Epstein, she said, “robbed me of my youth, my identity, my innocence and my self-worth. ... For too long he escaped accountability. I am here today because I intend to change that.” Bustle has reached out to Araoz's legal team for additional comment.

Just hours before Epstein's death, roughly 2,000 documents from a lawsuit filed by one of his alleged victims against Maxwell were unsealed by a federal judge.

Attorney Jack Scarola told CBS News that a number of the survivors he has represented named Maxwell in their allegations. They claim that Maxwell, who has also been described as Epstein's ex-girlfriend, recruited them and would "deliver" them to Epstein on a daily basis. Maxwell has denied any wrongdoing and hasn't been charged with any crimes (Bustle has reached out to the attorney reported to be representing Maxwell for comment).

The statute of limitations for most sexual abuse in New York is five years, meaning it would've been long passed in Araoz's case without the new law. "Fortunately, New York's Child Victims Act now affords survivors like me legal recourse," she told reporters Wednesday, according to CNN. "Today I am exercising my rights under that law. Today I am starting to reclaim my power."

CNN reported the Child Victims Act also allows survivors who previously had their cases dismissed for filing too late, or who didn't file a "notice of claim" in time, to file new lawsuits. After the one-year "look-back window" closes, survivors of child sexual abuse may file a civil lawsuit until their 55th birthday, felony criminal charges until they turn 28, and misdemeanor charges until they turn 25 — a five-year increase from the previous statute, The New York Post reported.

Survivors of Epstein's alleged abuse aren't the only ones who have planned to file lawsuits under the new legislation. Child abuse suits are also expected to be filed against the Archdiocese of New York, Jehovah's Witnesses, Rockefeller University, and the Boy Scouts, according to CNN.

Eighteen states and Washington D.C. have revised their laws to allow victims of child sexual abuse to come forward and seek justice, CBS reported. In 2003, California's one-year look-back window led to thousands of lawsuits, mostly against the Catholic Church, according to The New York Times. Survivors claimed hundreds of millions in settlements as a result.

Advocates support look-back windows because they provide a way for survivors who came to terms with their abuse too late to seek justice if they choose. Marci Hamilton, founder of the child abuse advocacy group Child USA, told CBS News, "The average age, according to the best science, of a victim coming forward about child sex abuse is age 52." By that time, the statute of limitations has passed in such cases.

"This isn't just about money," Hamilton told CBS. "This is about justice and this is the way America does justice."