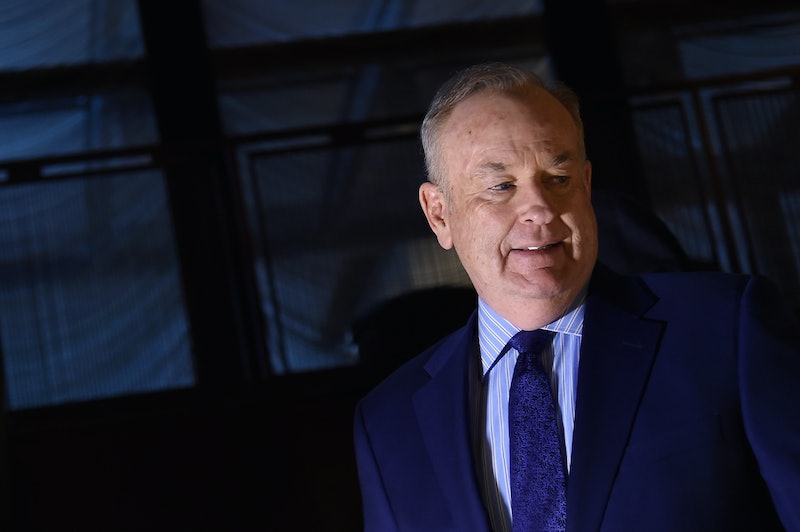 The continuing saga of sexual harassment victims feeling able to speak out about their experiences has, in many ways, felt like an opening. Many people who felt silenced have now exercised their voices, with negative repercussions following for the perpetrators. However, a new New York Times survey of men asking about their workplace behavior reveals that there's still a ways to go before our society makes real progress towards eradicating workplace sexual harassment.

It comes down to the numbers: Out of the 615 men that The New York Times spoke to, about one-third said that they had done one of the things listed that could have been construed — or objectively qualified as — sexual harassment. The survey included 10 behaviors, ranging in seriousness from making dirty or potentially offensive jokes to attempting to coerce people into having sexual relations in exchange for professional growth, and then punishing them if they said no.

Nineteen percent of men admitted to making potentially offensive jokes — but the numbers were far lower for the more serious charges, like touching people without consent, continuing to push for a romantic relationship after a denial, or engaging in undesired sex talk.

Altogether, the survey reports that about 25 percent of men total had engaged in some sort of what it calls "gender harassment," meaning that sort of dirty joke sharing or unwanted sex talk that could bother people, but wouldn't be as serious as, for example, unwanted touch. Ten percent of men in the survey admitted to having engaged in at least one of the more serious sexual misbehaviors, like nonconsensual touching or pursuing women after already having heard a "no."

Even if you add those two together — which doesn't give an entirely accurate result, as there is some overlap between those two groups — that's still significantly lower than the percentage of women who claim to have experienced sexual harassment in the workplace. About half of all women fall in that group, a claim which has lately been backed up anecdotally by the flood of #MeToo messages on social media. In fact, 50 percent of women likely sounds pretty low to anyone who's been following the news for the past couple of months — and it's entirely possible that victims of sexual harassment would decide not to report it, both on surveys and in human resources offices.

Those who engage in harassing behaviors, of course, are also likely to lie in surveys — even in surveys carried out online, like this one was. Taking that into account, the survey's authors note that it's surprising that this many men admitted to doing certain things in the knowledge that they were admitting to having sexually harassed their co-workers in some way. However, given the percentage of women who claim that they have been sexually harassed at the workplace in some way, we can assume that either some of the men surveyed knowingly lied about things that they had done, some men are repeat offenders, or some men engage in behaviors that they don't recognize as sexual harassment — or any combination of the three.

If nothing else, this survey is a start. There have been numerous studies on victims of sexual harassment and their experiences and on what forms sexual harassment takes, but the perpetrators of that harassment are a far less studied group. This moment of reckoning with the unfortunately ubiquitous issue of sexual harassment in the workplace offers the perfect opportunity to learn more about the people who create the issue, so hopefully this study will be followed with many more like it.

More like this
Gen Z Are Twice As Likely To Identify As Queer, According To New Data
By Sam Ramsden
24 History-Making Black Women You Probably Didn't Learn About In School
By Ayana Lage and JR Thorpe
25 Inspiring Quotes From Black Women To Celebrate Black History Month
By Kyli Rodriguez-Cayro and JR Thorpe
6 Organizations Fighting Police Brutality That You Can Support Right Now
By Syeda Khaula Saad and JR Thorpe
Get Even More From Bustle — Sign Up For The Newsletter
From hair trends to relationship advice, our daily newsletter has everything you need to sound like a person who’s on TikTok, even if you aren’t.