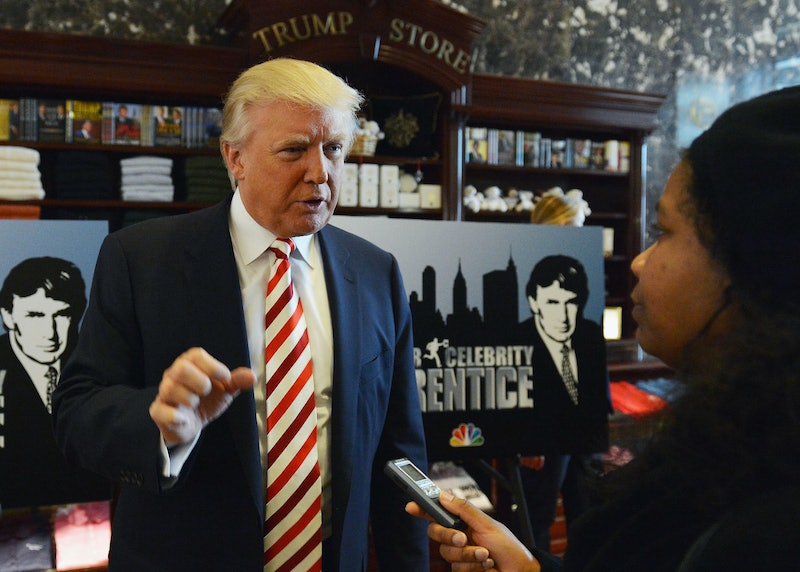 President Donald Trump's self-made billionaire narrative has been repeated so often it may well be business folklore: in the 1970s, Trump took a $1 million loan from his dad and, years later, turned it into a $10 billion mega empire. But now, with the revelation of a New York Times story, the president's story has been called into question. The New York Times report on Trump's wealth has already led to a formal review by state officials, according to ABC News, and it may just be the beginning.

Trump's lawyer sent the Times a written statement on Monday that read, “The New York Times’s allegations of fraud and tax evasion are 100 percent false, and highly defamatory. There was no fraud or tax evasion by anyone. The facts upon which The Times bases its false allegations are extremely inaccurate.”

Though a review is being conducted, it may not actually lead to anything in the end, because the statute of limitations would make "any criminal prosecution all but impossible," according to a law enforcement source with ABC News.

The New York Times report alleges that the president was a part of tax schemes that included "outright fraud" in the 1990s, based on extensive tax returns and financial records that the outlet reviewed.

The report concluded that, instead of the self-professed $1 million loan, Trump actually received at least $413 million from his father’s real estate empire. A large chunk of this money, The Times claimed, came about because Trump allegedly helped his parents deflect taxes by setting up a sham corporation, undervaluing his parents' holdings to lower the tax bill, and taking "improper tax deductions." Again, Trump's lawyer has denied these accusations.

The report suggested that the president’s parents passed on more than $1 billion total to their children. During that time, the tax rate on gifts and inheritances was 55 percent, which would have resulted in a tax bill of at least $550 million — but that's not what the Trumps paid, The Times reported. The Trump family only paid $52.2 million, or about 5 percent, tax records show, instead of the legal 55 percent, according to the report.

“Our dear father, Fred C. Trump, passed away in June 1999. Our beloved mother, Mary Anne Trump, passed away in August 2000. All appropriate gift and estate tax returns were filed, and the required taxes were paid," Robert wrote, in part. "Our father’s estate was closed in 2001 by both the Internal Revenue Service and the New York State tax authorities, and our mother’s estate was closed in 2004."

The report was clear that the 100,000 plus pages of financial documents reviewed by the staff did not include President Trump's personal tax returns — still unreleased despite public demand — nor informative records on his recent business dealings. Even if state authorities did find evidence of wrongdoing, the president would likely avoid any sort of criminal prosecution because of the statute of limitations, but The Times did note that there is no time limit on civil fines for tax fraud.