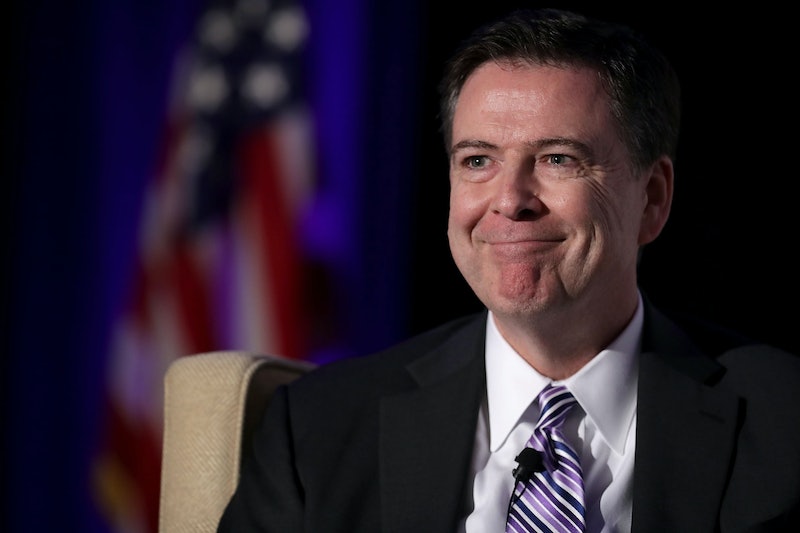 The upcoming issue of the New Yorker satirizes James Comey and United Airlines in one fell swoop, thus connecting two high-profile but otherwise disparate controversies. The artwork depicts Attorney General Jeff Sessions as an airport security officer, dragging the former FBI director through the aisles as Donald Trump, playing the role of a United Airlines official, watches on approvingly.

At first glance, the cover is amusing but also a bit perplexing. After all, what in the world do the firing of the FBI director and the United Airlines passenger-dragging controversy have in common? The answer is... a lot!

United Airlines was in a public relations disaster in April when video emerged of a security officer dragging a man through the aisle of a United Airlines plane. Apparently, the man had been told to leave the flight because it was overbooked, but refused to relinquish his seat. The image of the bloodied passenger being forcefully pulled across the floor was appalling to just about everybody who watched the video, and hardly seemed like an appropriate response. Although United Airlines' CEO eventually apologized, he first compounded the issue by sending a letter to employees that essentially blamed the passenger for the incident.

It might sound bizarre, but President Trump's shocking decision on Tuesday to fire Comey follows the same rough contours as the United Airlines dust-up. Just like like the airline, Trump used his position of power to take unprecedented action against somebody he had deemed unruly. (In subsequent interviews, the president described Comey as "a showboat" and "a grandstander.) As with the United controversy, Trump's decision prompted immediate and widespread outrage. And according to multiple reports, Trump didn't anticipate that his actions would be so controversial, which appeared to be the case with United as well.

In a subtle nod to the nuances of the Comey firing, the New Yorker cover renders Sessions as the security guard removing Comey from the plane. It was Sessions who wrote the letter to Trump recommending that Comey be fired — and yet Trump later claimed that he "was going to fire [Comey] regardless of [Sessions'] recommendation." In that sense, Sessions was simply an intermediary, just like the security official who removed the United Airlines passenger from that plane.

The big difference between the two incidents, of course, is that the United Airlines incident didn't cause the U.S. public to raise questions of a constitutional crisis, while the firing of Comey most definitely has people asking. While the answer to that question so far appears to be no, it at least points to the fact that the two situations are not entirely equivalent.