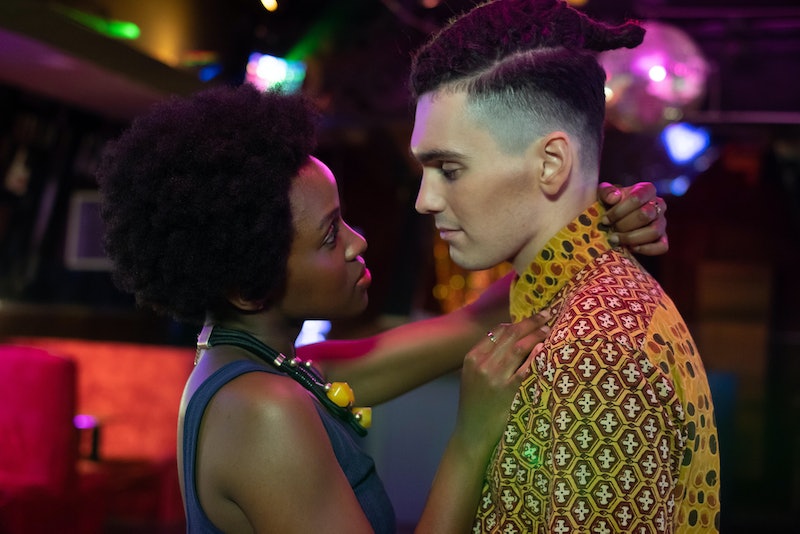 If you grew up in the 00s, chances are you read the book Noughts & Crosses. The beloved book, which was written by Malorie Blackman and published in 2006, deals with issues of race, class, and prejudice, and centres around a love story. Such is its success and significance to our time, that it's now taught in schools. It was recently revealed that the BBC would be doing a TV adaptation of the book, and now the first Noughts & Crosses trailer has dropped.

Noughts & Crosses is a forbidden love story in the vein of Romeo & Juliet. However, in this tale the love is forbidden due to racial segregation. The story flips the racism of society on its head so that it's light-skinned people who are oppressed and dark-skinned people who have all the power and privilege. The story centres around Sephy, who is a 'Cross,' and Callum, a 'Nought'. The Crosses are the ruling black class, while the white Noughts, who were once slaves of the Crosses, are seen as an underclass.

The TV adaptation is set to hit TV screens on 5 March, at 9pm on BBC One. All episodes will also be available for streaming on BBC iPlayer immediately afterwards. The trailer for the show has just dropped, and it looks like it's going to be a fairly loyal telling of the story, with some great talent.

You can expect to see Peaky Blinders actor Jack Rowan as Callum, while newcomer Masali Baduza plays Sephy. Also included in the series is none other than rapper Stormzy, who is playing the role of Kolawale, which was created especially for him.

The trailer explores the forbidden love story between Sephy and Callum, as tensions continue to rise between the Noughts & Crosses. Filming took place in South Africa, so there are some great location shots too.

The TV series was first announced in 2016, but has been delayed due to changes in the writing team. Speaking then, novelist Malorie Blackman said: ““I am beyond thrilled that Noughts And Crosses will be dramatised by the BBC – it couldn’t have found a better home. Callum and Sephy seem to have meant a lot to readers over the years and I’m excited at the prospect of watching them on my TV.”

Noughts & Crosses begins on BBC at 9pm on 5 March.

More like this
Your Guide To Watching 'Everything Everywhere All At Once' In The UK
By El Hunt and Sophie McEvoy
Everything To Know About The 'Daisy Jones & The Six' TV Series
By Maxine Harrison and Brad Witter
The Song At The End Of 'The Last Of Us' Ep 1 Has A Deeper Meaning
By Sophie McEvoy
Rita Ora Finally Opened Up About Marrying Taika Waititi & Their "Perfect" Wedding
By Sophie McEvoy and Catharina Cheung
Get The Very Best Of Bustle/UK
Sign up for Bustle UK's twice-weekly newsletter, featuring the latest must-watch TV, moving personal stories, and expert advice on the hottest viral buys.