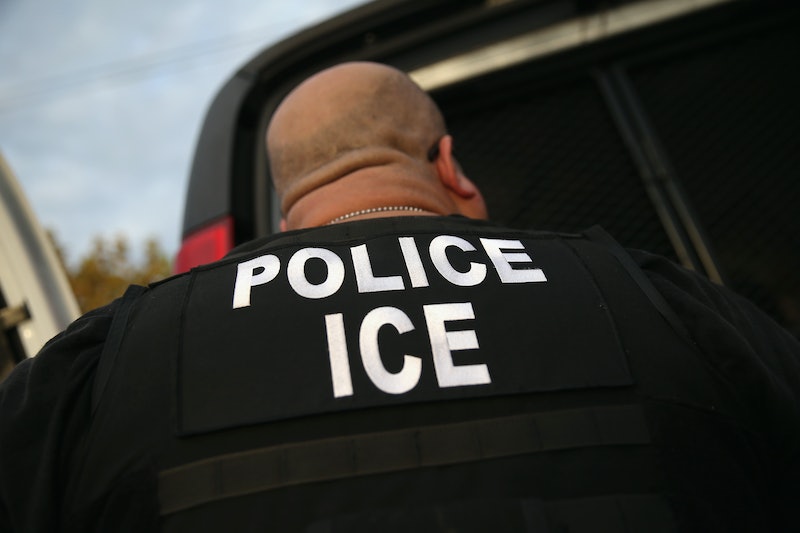 The Trump administration has made its position on immigration clear as day. But the executive branch's crackdown on immigration — legal and otherwise — has come with a cost. A new NBC News analysis found that 24 immigrants died in ICE custody since President Trump took office, and that figure notably doesn't include migrants who died while they were detained by other government agencies.

"What we're seeing is a reckless and unprecedented expansion of a system that is punitive, harmful and costly," Katharina Obser, a senior policy adviser at the Women's Refugee Commission, told the news outlet. The government has filed to provide immigrants in its custody with medical and mental health care, she added.

The NBC News report comes as the number of migrant children who die after crossing the U.S.-Mexico border continues to rise. The report also indicates that the number of immigrants in U.S. custody has recently reached an all-time high, with about 52,500 immigrants currently in ICE custody per day.

In a statement provided to NBC News, ICE said that "it takes very seriously the health, safety and welfare of those in our care," and that "any death that happens in ICE custody is a cause for concern."

So far, at least five migrant children have died after being apprehended at or near the U.S.-Mexico border since December. A 10-year-old girl from El Salvador also died in September, although the public did not learn about her death until until May of this year, per the BBC. The five children who have died since December were all from Guatemala.

The 10-year-old girl entered the United States on March 4, 2018, a Department of Health and Human Services (HHS) told CBS when the news broke. She reportedly had a history of heart problems, and underwent surgery after arriving in the United States. However, the procedure left her comatose, and she died on Sept. 29 at the Children's Hospital of Omaha.

The circumstances surrounding the other five known children who died after being apprehended are all varied. Last month, a 2-year-old boy named Wilmer Josué Ramírez Vásquez died shortly after being released from U.S. custody. BuzzFeed News reported that he spent was in the hospital for several weeks following his release.

Before Vásquez was Juan de León Gutiérrez, a 16-year-old boy who was hospitalized after officials at the youth detention facility where he was staying noticed that he was unwell. Gutiérrez was released from the hospital, but returned one day later, per reports. Gutiérrez died on April 30. The cause of death was a brain infection that, per Time, could have been caused by head trauma or an untreated sinus infection. However, the official cause behind the infection remains unknown.

And before those deaths was 7-year-old Jakelin Caal Maquin, who in December died of dehydration and shock while in CPB custody, per The Washington Post. She had no previous illnesses before she was apprehended at the border with her father, her family told reporters.

The pattern of deaths, among both children and adults, is startling. But while the NBC News report indicating that 24 immigrants have died in ICE custody under the Trump administration is certainly alarming, that number is part of a larger story.