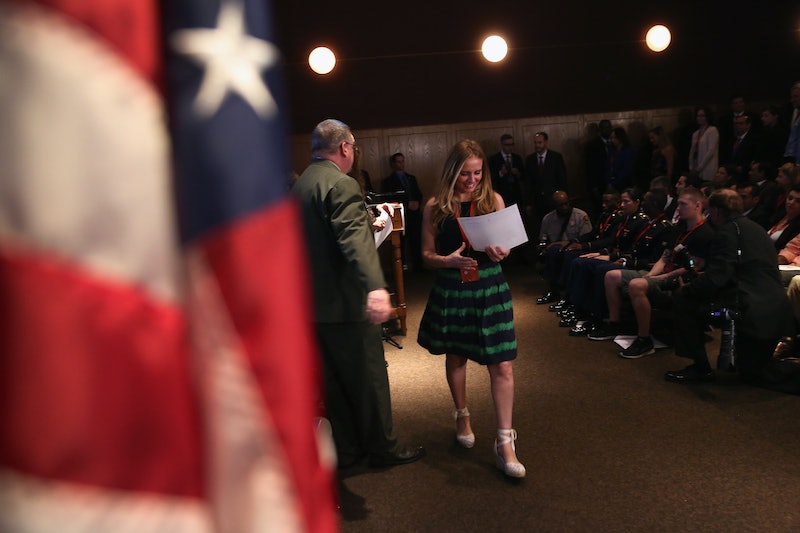 The number of Americans renouncing their citizenship spiked in 2016, above 5,000 for the first time in the nation's history. It's a tempting thought, given the current political climate and the acid reflux you're probably developing from having to see a certain orange face on television all the time. According to the Treasury Department's quarterly list of expatriations, the number of Americans who renounced their citizenship in 2016 was a 26 percent increase from 2015 and a 58 percent increase from 2014.

Though the main motive for these renunciations appears to be saving money on foreign taxes, it's hard to avoid the inference that the sharp rise in 2016 was due to Donald Trump's rise to political prominence and the presidency. Others commented that they wished to join the ranks of newly un-Americans.

However appealing that sounds at the moment, particularly if you are also a citizen of another country, it's an urge you should try to overcome. You shouldn't renounce your American citizenship because the United States is an idea that's more than its current reality, and you have an incredible power to make change happen.

First of all, renouncing your citizenship is expensive. As of 2015, the fee to renounce U.S. citizenship is $2,350, the costliest such fee in the entire world. Obviously, you should have a decent amount of money if you're planning to move to another country, but paying that fee to the government should make you think twice about all that spending you're about to do.

If you're sick of the problems plaguing the country, putting that money to use solving them makes a lot more sense than just leaving them behind. For that much money, you can feed a U.S. child in need for six years or help someone who's at risk of losing their health insurance.

There's also the fact that the rest of the world isn't doing all that great right now either. Many European countries, like France and the United Kingdom, are experiencing similar Trumpian phenomenons of rising conservatism and xenophobia. Why pay all that money to find the same problems in a different place? In a globalized world where the United States is a major economic and political influencer, you're never going to be too far from this country's problems. So you might as well stay and be close to friends and family.

Plus, renouncing your U.S. citizenship is a sign of extreme privilege when millions of people who are fighting to get to and stay in the country. It's not like the government will let one immigrant in for every citizen out — Trump and friends' immigration policy is really more about racism than population control (otherwise Republicans would fund Planned Parenthood and put condoms in high schools). Leaving will do nothing except deplete the resistance by one, and right now, it's all hands on deck to make sure that Trump doesn't destroy progressive social and political movement for good.

Most of all, you can't leave because you can't back down from a bully. If Trump is making you scared, stay and fight back. You're not alone, and there are millions of others you can work with to achieve change. Use your privilege constructively to make things better, instead of running away. The voiceless, the ones who don't have $2,350 to escape, they need you to advocate for them. If you don't want Trump to win, don't depend on others to do the work for you, especially when many can't.

It's become increasingly clear in the last few decades that America is not all it's cracked up to be. This country has a long history of racism, imperialism, and plutocracy that's agonizing to claim. But the incredible thing about democracy is that the people who are invested have the power to change the future. Every American citizen gets to be a part of deciding what this country will be, and renouncing citizenship is intentionally disempowering yourself. You have this privilege for a reason, so use it.