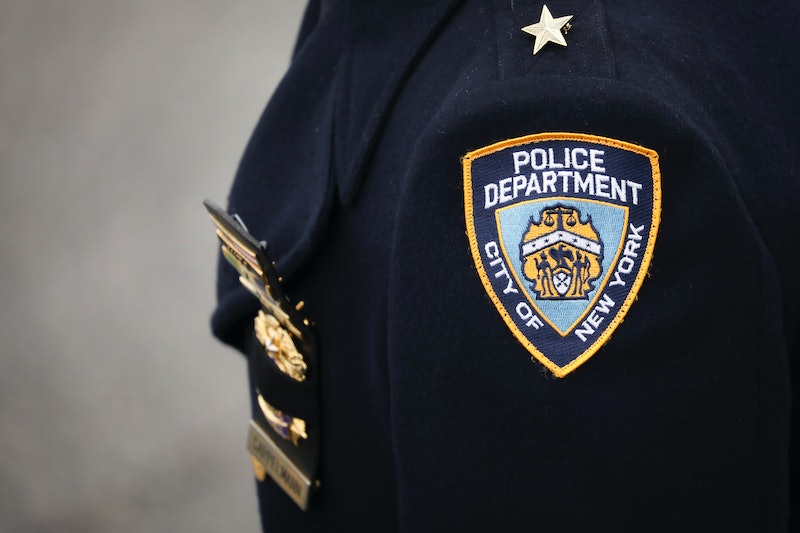 As the LGBTQ community celebrates pride this month, New York's police department is expressing regret for raiding a popular gay bar in 1969 — a move that ultimately resulted in activists launching the modern gay rights movement to fight discrimination. The NYPD apologized for the Stonewall Inn events, stressing that the raid should have never occurred.

New York’s police commissioner, James O’Neill, issued the apology during a Pride Month safety briefing on Thursday. In his remarks, per The New York Times, O'Neill condemned the "oppressive" nature of the Stonewall raid, saying:

I think it would be irresponsible to go through World Pride month and not to speak of the events at the Stonewall Inn in June of 1969. I do know what happened should not have happened ... The actions taken by the NYPD were wrong — plain and simple ... The actions and the laws were discriminatory and oppressive, and for that, I apologize.

The Stonewall Inn raid occurred on June 28, 1969. On that day, New York City's police department sought to hold the bar accountable for supposed liquor law violations, according to NBC News. However, the bar's patrons resisted the raid, as they were fed up with regular police harassment of the LGBTQ community, The New York Times reported.

During the raid, many people quickly gathered outside the bar, with some throwing coins and trash to express their indignation at how officers treated the gay community, as The Washington Post described. This collective action against the police served as the catalyst for several more days of protests and riots, which collectively became known as the Stonewall Uprising.

The Stonewall Uprising is perceived by many as a launching point for the modern gay rights movement, as it sparked the creation of the Gay Liberation Front (a multi-group advocacy initiative) and various other LGBTQ organizations, History.com noted. Notably, Pride Month is also celebrated every June to commemorate the transformative power of the Stonewall Uprising, according to the Library of Congress.

Out in Jersey reported that, just prior to the NYPD's issuance of an apology on Thursday, WorldPride 2019 NYC and Stonewall 50 producers called on O'Neill to issue an apology for Stonewall — and offered him an opportunity to do so at the Stonewall 50 Commemoration Rally on June 28. Heritage of Pride, a producer of the city's pride parade, also described the significance of this (at the time not yet made) apology in a statement, per Out in Jersey:

Taking responsibility and apologizing for this single event is a small, albeit meaningful step towards improving the larger systemic issues that continue to cause significant harm to LGBTQIA+ people ... It demonstrates what is possible for the future of our community and our movement.

New York City is holding events all month to celebrate pride and to commemorate the 50th anniversary of the Stonewall Uprising. The celebration will culminate in the city's historic pride parade on June 30. As the AP indicated, due to the anniversary status of this year's pride, celebrations are expected to be especially well-attended.