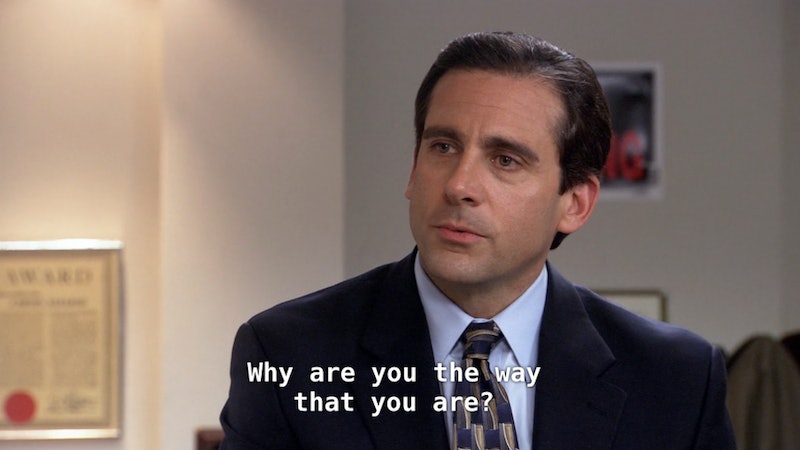 A world that doesn’t include The Office being available to watch on Netflix whenever we desire is not really a world anyone should be forced to live in. At this point, thanks to the streaming service, the lovely people at the Scranton branch of Dunder Mifflin Paper Company, Inc. are like family — they're always there when you need them. Luckily, The Office will stay on Netflix until 2021, and possibly even later, but there is a possibility that fans will have to go without their beloved comedy on the streaming service in the not-too-distant future.

According to the report from WSJ, via Vanity Fair, The Office was Netflix’s most watched show of 2018, meaning that the streaming service would be losing perhaps its most valuable property should NBCUniversal opt to give their own service a boost and not renew their contract beyond 2021.

Netflix seemed very prepared for the incoming storm of doom and gloom from social media following the report. On April 24, they confirmed via Twitter that The Office would remain on the service until “at least” 2021.

Even with this reassurance, fans immediately responded with both hilarious and depressing memes and reactions to the possibility of losing their favorite show on Netflix.

The Office's future should not be your only concern. According to data from the WSJ report, eight of the ten shows viewers spent the most time watching on Netflix were re-runs of made-for-cable shows, including Parks and Recreation, which is also owned by NBCUniversal, Grey's Anatomy, owned by Disney, and Friends, owned by WarnerMedia. All three companies are reportedly planning to create their own streaming services, with Disney+ launching this fall.

A Netflix spokesperson clarified the data to Bustle, noting:

"Looking at overall watch time skews towards titles with many seasons. Most Netflix originals have three or fewer seasons at most. It's why we focus on the individual shows or films members watch, as opposed to how much time they spend on one series versus another. And if you look at most watched titles, Netflix originals accounted for 10 out of 10 in the last quarter, or 21 out of the top 25."

The threat of losing Friends has already been a major concern for Netflix and viewers alike. The highly popular show was rumored to be leaving Netflix at the beginning of 2019, when fans noticed an expiration date of Jan. 1, 2019, on the show’s landing page. Luckily, that rumor was squashed when the streaming service confirmed that Friends would be readily available on our screens throughout 2019. But with the show’s owner, WarnerMedia, also launching a streaming service, its long-term future with Netflix still remains unclear as well.

Some of your favorite CW Network shows could be in danger of being removed from Netflix as well. According to People, Netflix currently has an agreement with the network to stream full seasons of your favorite shows, like The Flash and Riverdale, shortly after they air on TV. But the contract between the CW and Netflix reportedly expires at the end of the month, or within the next week, and neither Netflix's nor the CW's plans for renewal are clear.

While everyone loves the increasing amount of Netflix Originals popping up on our screens, there's nothing like the familiarity of the dramas and sitcoms that millennials grew up watching, and there's certainly nothing like The Office. But, there's no need to worry now, the NBC comedy won't be going anywhere for the next two years, and that's plenty of time to marathon the series over and over again.

Editor's note: This post has been updated with further clarification from Netflix.