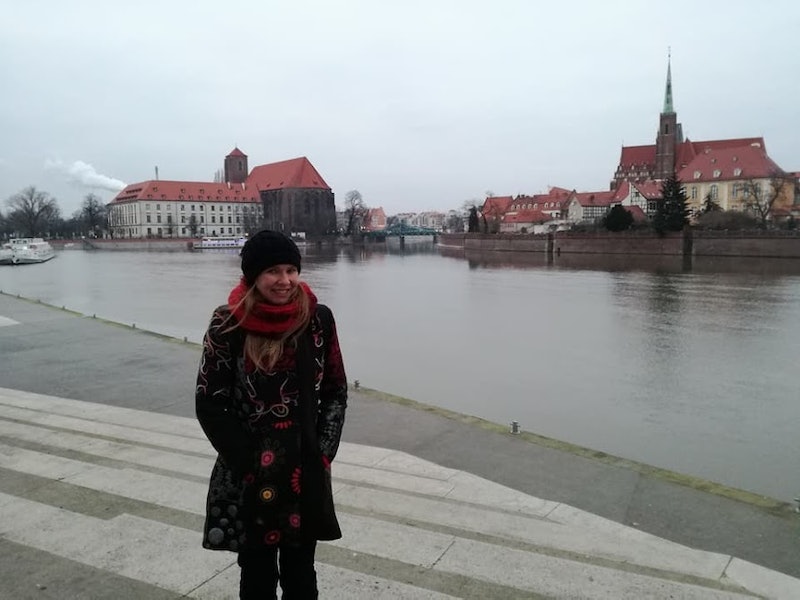 “Potatoes again?” my 9-year-old self asked my mom, who was across the kitchen peeling a large bag of them. “Fried this time,” my mom said, staring at the peeler instead of me. I could have sworn I saw tears in her eyes, but I didn’t say anything. Fine. Potatoes again.

At the time, my mom was in the middle of her second divorce and we’d gone from buying a shopping cart full of “all-American" food, from steak to Fruit Roll-Ups, each week to buying a 10 lb. bag of potatoes for just a few dollars, with plenty of room to spare in the cart. When I’d try to sneak in a box of Pop-Tarts or ice cream bars, my mom would put them back, saying they were not in our “new budget.” There were other things that weren’t in our new budget either. We’d gone from living in a seemingly perfect suburban house in the Chicago suburbs that looked like it belonged to a happy TV show family to moving back into my grandmother’s house, about half the size, in actual Chicago (not a suburb), which meant I had to share a bedroom with my brother. We also had to downsize our recreational activities, like the boat that we’d take out on the lake every Sunday morning with my stepdad and stepsisters, eating fresh bagels with chive cream cheese as my grandpa would teach us how to fish. After my mom's second divorce, the boat had to be sold and I resigned to playing with a toy plastic one in the bathtub instead, making sure it wouldn’t sink.

During my childhood, I grew to loathe potatoes. As delicious as French fries are, once you eat potatoes in every style, for every meal — boiled, sautéed, baked, you name it — you get sick of them. Plus, I hated what they represented: Divorce. Separation. Not fitting in with the kids who get to have pizza for dinner, and delivered pizza at that. During one of our potato shopping sprees, I saw my mom pay the store cashier without money; instead, she used food stamps. Embarrassed, I remember hiding in the bottom part of our shopping cart, the place where you put bulky items out of view. I was terrified that classmates would see that not only could we not afford a cart full of food, or even a box of Fruit Roll-Ups, but we also couldn’t afford to use actual money.

As my mom doled out potatoes for another potato-filled dinner that night, my grandma, “Busia” in Polish, noticed my lack of enthusiasm as I pushed the mashed potatoes around my plate, making them into hills, then ravines, complete with gravy lakes.

“Don’t worry — this is temporary,” she whispered. “But tomorrow I’ll teach you how to make potato pancakes. Don’t tell your mother, but they’re way more fun than her potatoes.”

She was right, as grandmothers usually are. The more my mom immersed herself in her day job, and also a night one, the more Busia and I would have these one-on-one Polish cooking lessons. We used her mother’s old-world recipe from Poland, which was embedded in my grandma’s memory, not a cookbook. Busia said that when she was a child in the 1920s and 30s, she had to live on potatoes, too, especially once the Great Depression hit, and that it was all about getting creative.

I soon learned potato pancakes (also known as latkes) were much harder to make then your ordinary mashed ones; but, the reward was then greater, too. With potato pancakes, you grate the potatoes — way more fun than just peeling them — then mix them with some flour, chopped onions, and an egg (with salt and pepper to taste). Then, you fry them in oil — and yum (apple sauce and sour cream optional). Sometimes, to liven things up, we’d add red or blue food coloring to the potato batter or sour cream, trying to make the most out of our bland living-on-potatoes situation. The whole process was really more science and an art than a food source, and I loved being my grandma’s sous chef.

Over the years, potatoes served as a constant reminder of not just living on less, but also choosing needs over wants, as my mom would like to remind me every day (and night). Yes, a 9-year-old would probably prefer Pop-Tarts, but as I’d watch other families stuff their shopping carts with more wants than needs, I’d think twice.

When my grandma was in her early 90s a few years ago, her hands no longer had the strength to peel, let alone grate, potatoes. She was very independent and insisted she could, her hands shaking from arthritis, and I did not want to take away the pleasure she got from making me potato pancakes. However, when she started to hospital-hop due to congestive heart failure and other medical problems, I gladly peeled potatoes and returned the favor, bringing potato pancakes to her hospital rooms. It was the least I could do.

Now, years later, potatoes are my favorite comfort food. They no longer represent divorce, separation, and not fitting in with others, but instead, they represent togetherness, wonderful memories, and learning to make the most out of an unideal situation. They’re also a constant reminder to always be grateful, and that everything in life, both good and bad, is temporary.

Since my grandma passed away two years ago, mostly, potatoes remind me of her, in which case, I always try to have a supply on hand. For Thanksgiving this year, I made some mashed purple ones. I think she would have been proud.