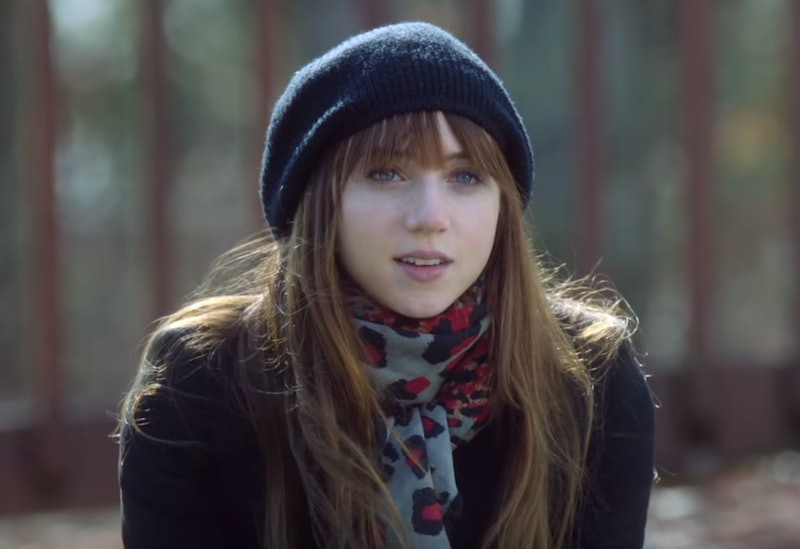 So you've sped through the new season of Unbreakable Kimmy Schmidt and caught up on all the comedy specials the world has to offer. Now what? If there's one thing to watch on Netflix this month if you feel like you've already watched everything, it's In Your Eyes. The movie is perfect for the nights you just want to cuddle up on the couch with a sweet, but engaging movie, that will leave you feeling content. If that sounds like something you might be interested in, then get ready to discover your new favorite movie on Netflix.

In Your Eyes, released in 2014, was written by Joss Whedon right on the heels of The Avengers, but let me tell you, it's the complete opposite of the Marvel superhero blockbuster. For starters, the movie only has two main characters, not a host of super people. In Your Eyes tells the story of Dylan and Rebecca, two strangers who suddenly discover that they are connected. They can see what the other one sees, talk to each other without a telephone. It sounds a bit hokey, I know, but it's not a movie about a psychic connection or a science fiction romance à la Twilight. It's more of a romantic movie that happens to have some extraordinary elements.

In Your Eyes isn't just a love story, however, it's a story of self-discovery for both Dylan and Rebecca. Over the course of the film, they both realize how trapped they are in their own lives, but they also see how difficult it can be to get away from what other people expect them to be. It's really a coming of age story, and that's what makes it the perfect movie for audiences to discover. In romance movies, so often the focus is on one character, with the other acting as an embodiment of the perfect soulmate — not a real person, but an ideal. In In Your Eyes, both characters are given the space to really be three dimensional characters, perhaps because they don't truly share many scenes.

The characters in the film are linked, and they do communicate, but they never share the same physical space on screen. The audience never forgets that, while Dylan and Rebecca might be sharing a conversation, they aren't actually together. Each is alone, separate. One might think this would make their connection feel forced, but it doesn't, in large part thanks to actors Zoe Kazan and Michael Stahl-David and the direction of Brin Hill.

So, if you're bored with your Netflix queue and you're tired of watching the same episodes of Scandal over and over again, then you really have no excuse not to give In Your Eyes a chance. It's a weird, unique, and seamless film that you won't regret pressing play on. I guarantee it.