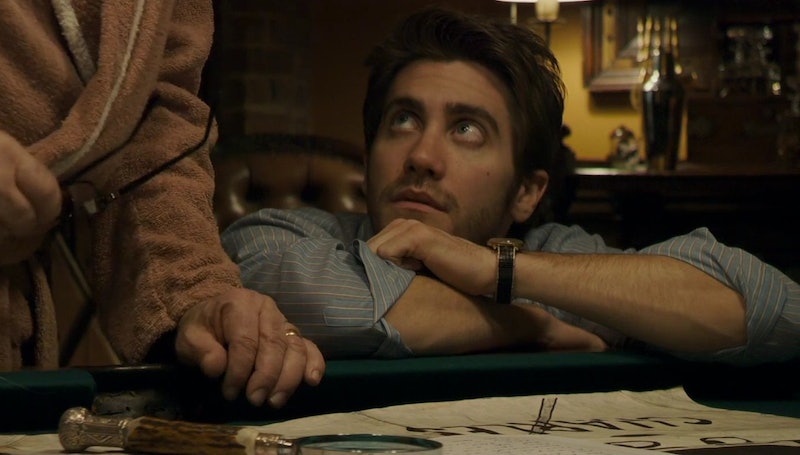 If you happen to share in my love for true crime, creepy noir movies, and the intricate genius of filmmaker David Fincher, then there's only one movie you need to watch on Netflix this month, and that's Zodiac. Released in 2007, the movie is widely considered by many fans and movie critics (this one included), to be a contemporary classic. In fact, having watched the film numerous times, I'd even go as far as to say that Zodiac is a modern masterpiece, and is easily one of the creepiest movies on Netflix right now, as well as one of the most fascinating.

Based on the 1986 Robert Graysmith novel of the same name, the movie follows the search for the infamous serial killer, "Zodiac," who murdered in and around the San Francisco Bay area during the '60s and '70s. As well as being a prolific and disturbing murderer, the Zodiac killer was also known for taunting the local press with letters, ciphers, and blood stained clothing. Unnervingly, the Zodiac case remains unsolved to this day, which only adds to the movie's sense of desperate dread and unease.

While much of the film's focus is obviously dedicated to the heinous crimes of the Zodiac killer, and the complicated pursuit to find him, a lot of it is also a frightening mediation on the nature of obsession. Particularly as we see Graysmith (portrayed in the movie by an on-form Jake Gyllenhaal) allowing his life to fall to pieces as he dedicates every moment of it to the unraveling the mystery of the killer's identity. The creepiest thing about that, however, isn't watching a man gleefully sacrifice his well being in order to try and solve an elaborate, murderous puzzle, but the fact that the movie makes viewers just as obsessed as he is. And trust me, that feeling continues long after the film is over.

Because what continues to obsess me about the movie (and seriously, I'm at Graysmith levels of wide eyed wonder over it at any one time) is the insane level of detail in Zodaic, and the pacing in which it's delivered. Despite being almost three hours long, the movie remains sharp, compulsive, and almost breathless in its energized execution. Fincher fills every scene with vital, intricate detail and then infuses all of it with a lingering disquiet, including a set of final scenes that will truly leave you shook. Zodiac is unsettling as hell, you guys. But not in the way we're made to expect from creepy movies.

For anyone who regularly finds themselves obsessing over true crime books, documentaries, podcasts, or online investigations of cold cases, the obsessive elements of the movie will feel ominously all too familiar. There's a grave allure to knowing about the macabre, and the horrific, and an even more compelling enticement to understanding the whys, and the hows of it all. What Zodiac proposes, however, is that we can obsess all we want, and we can be in possession of all the pieces we need to put a puzzle together, but sometimes they still don't.

Try as you might, but some things simply don't make sense. Sometimes real life horror, and the mystery of true evil, comes without any reasoning, explanation, or justice. And that's truly chilling.