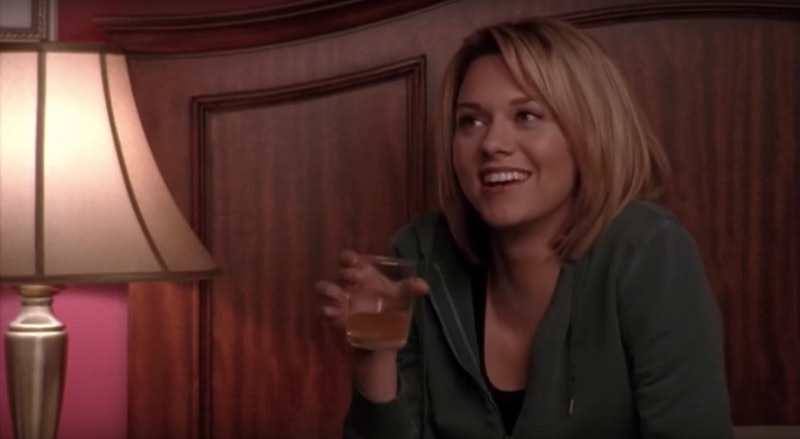 Six years later and this devoted fanbase is still going strong. Unfortunately, though, this makes it easy for their emotions to be toyed with. Beloved One Tree Hill cast members reunited and posted photos teasing a mystery project... only to delete the posts shortly after. Former OTH stars Hilarie Burton (Peyton Sawyer), Danneel Ackles (Rachel Gatina), Robert Buckley (Clay Evans), and Antwon Tanner (Antwon "Skills" Taylor) posted behind-the-scenes pictures regarding a "new project" with the hashtag #christmas2018 and Christmas tree emojis. Needless to say, fans of the '00s teen drama are losing their minds.

It's a crushing blow to be teased and left in the dark like this. But fear not: The since-deleted One Tree Hill reunion photos can be seen here. Burton's post was a selfie with Tanner, Buckley, and Ackles behind her and the caption, "Behind the scenes.....#christmas2018." Ackles' behind-the-scenes selfie of her next to Burton and Tanner was captioned, "Hmmmmmm... #christmas2018." Buckley's selfie included the witty caption, "Always great making new friends on set. #christmas2018." Lastly, Tanner wrote, "On set working with some oldies but goodies... new project coming soon" on his picture.

All of the photos were captured in the same room, seemingly on the same day, and the actors were in the same clothing in each of them. Other One Tree Hill stars, including Chad Michael Murray (Lucas Scott), James Lafferty (Nathan Scott), Sophia Bush (Brooke Davis), and Bethany Joy Lenz (Haley James Scott) haven't spoke about the project on their respective social media platforms and don't seem to be involved. However, Bush and Lenz did like Burton's Instagram post before it was deleted, according to screenshots.

Still, fans are taking the bait with the mystery teasers that are both a blessing and a curse.

Other stars, such as Lafferty and Tyler Hilton (who played Chris Keller), have been supportive of a possible reunion in recent years. In April, Hilton told Us Weekly that the cast would constantly wonder when a potential revival could happen. "Dude, we ask that every year. Who knows?" he said. "Every time I'm asked about it, I'm like, 'It could happen. You never know.'" In 2016, Lafferty said a One Tree Hill spin-off could be "fun" to Entertainment Tonight, and he even predicated more Scott babies for a potential reboot.

Meanwhile, former co-stars Lafferty and Stephen Colletti launched a fundraising campaign for their show Everyone is Doing Great, a comedy about two struggling actors. On the IndieGoGo page, the two explain the show's premise and say they've shot the pilot episode, while giving a short teaser to preview what the series is about. In midst of the pitching process, the actors are looking for passionate fans to help make their show a reality. The funding page description says, "We've shot the pilot. You're the studio. Let's go make a series together..." Colletti's ex-girlfriend and former Laguna Beach star Kristin Cavallari supported the effort on her Instagram as well.

Now, the possibilities for the One Tree Hill crew's #christmas2018 project are completely up in the air. Will it be a short film? A mini revival? A documentary? An entirely new show or movie? Maybe, the gang is reuniting for what could be the greatest Hallmark Christmas movie of all-time?

Whatever this mystery project turns out to be, fans of the show are already proving they're here for it. Here's hoping more information emerges soon, but in the meantime, there are only a few more months until December. One thing is certain, it looks like One Tree Hill devotees will be receiving a special holiday gift in their stockings this year.