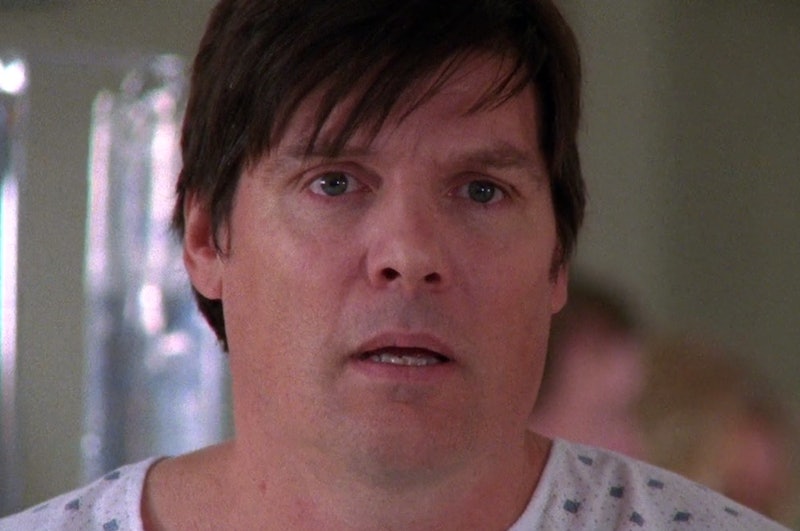 A lot of wild moments happen on TV, but the One Tree Hill scene where the dog eats Dan's heart remains hard to beat. The entire series was beyond dramatic, but this moment will forever go down as the most memorable scene in OTH history. As fans know, Dan Scott was a horrible person. After years of making the lives of other people miserable, he got served a major dose of karma. It all went down in Season 6, Episode 18, "Searching For a Former Clarity," where Dan was meant to receive a new heart and undergo a transplant. However, that didn't happen — all thanks to the person carrying the organ tripping and a stoned dog.

Like his biological son, Lucas Scott (who Dan wasn't a father to whatsoever), Dan suffered from hypertrophic cardiomyopathy, a heart condition. For several seasons, the archvillain needed a heart transplant, but it wasn't until Season 6 that it seemed like Dan was finally going to get another thing he wanted. Dan went to the hospital thinking he would leave with a brand-new heart, but that definitely didn't happen.

While he sat in the waiting room alongside a man and his dog, who were both high (the man on purpose, the dog on accident), Dan waited anxiously for his surgery. At one point, he even pet the dog, the animal who he had no idea would change his life forever. Before anyone could really react, the worker carrying the organ rushed in and tripped over the dog's leash. Yes, the heart flew onto the hospital floor. Then, the totally unexpected happened — the dog ran over and ate the heart. Apparently, this is what happens when a dog has the munchies.

Karma sucks, doesn't it, Dan? His face was filled with pure shock. He, like everyone else watching from home at the time, couldn't believe a dog literally ate the heart he was supposed to receive.

Even to this day, people still reminisce about this unforgettable scene.

Let's also never forget one of the best parts from the episode: Lucas' face after Dan's heart was eaten. Just look at him.

He's totally smirking and was probably thinking, "You finally got what you deserve." After everything Dan put Lucas through (killing his Uncle Keith, who was like a father to him, as well as abandoning Lucas and his mom), Lucas definitely found this to be a suitable form of punishment.

"It was one of the few moments I can remember where everybody was talking about it," James Lafferty told The Ringer in August 2017. "Like, when you walked into the makeup trailer, or you know, even a transportation driver has read it and you’re talking about it with them. Pretty much the first person you saw, it was the main topic of conversation."

It was such a ridiculous and unexpected moment, Joel McHale even made fun of it on The Soup. "We had always paid attention to One Tree Hill, but nothing prepared us for that," he told The Ringer. "That was unique. And it makes no sense in the context of that show! It’s like if on Game of Thrones some guy showed up in a food truck selling kobe beef."

As for Paul Johansson, who played Dan, he told The Ringer, "I’ll still get pulled by random people and they’ll say, 'Can I take a picture? I grew up on your show.' And then, 'Oh! That time that dog ate your heart! That was so great!'"

This episode will forever be a wild TV moment, and no one will ever be able to erase the dog eating Dan's heart from their memory.

More like this
Hilarie Burton Calls Candace Cameron Bure A "Bigot" After Marriage Comments
By Jake Viswanath
The First Trailer For 'That '90s Show' Includes So Many Nods To The Original Series
By Jack Irvin, Alyssa Lapid and Grace Wehniainen
How The Thanksgiving Episode Of 'Gossip Girl' Changed Pop Culture History
By Gabrielle Bondi
The 'Ugly Betty' Cast Just Reunited In The Best Way
By Sam Ramsden
Get Even More From Bustle — Sign Up For The Newsletter