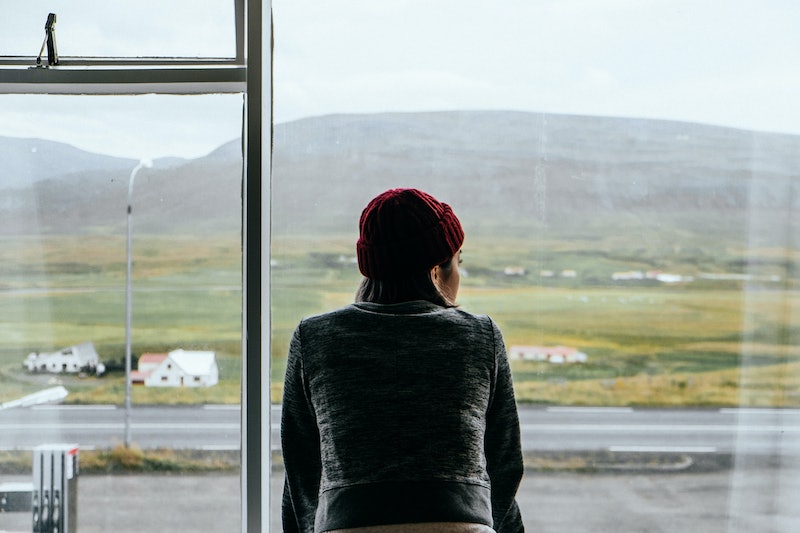 Michael Slepian, a management professor at Columbia Business School who studies the psychology behind keeping secrets, explains that so much of what we believe about the downside of secrets is because a good deal of studies have looked at active secret-keeping in a social context — meaning hiding things from people you spend time with. This might be too simplified, however, and Slepian figured there was a little more to it.

In his study, he and his colleagues surveyed 1,000 people about their own secrets — what they were, who they told (if anyone), and how often they thought about their secrets. Among other interesting findings, they learned this: Hiding things from other people can become second nature to us, so much so that the secret may not even enter our mind when we're socializing. Furthermore, they found no connections between secrets and poor health.

This is surprising to say the least, as previous research has explained that the cingulate cortex in our brain is wired to be honest; and when we keep a secret, we don't allow it to function properly and thus stress it out. In other words, keeping secrets literally goes against what our bodies are physiologically designed to do... right?

That might be part of the equation, but it's not the whole thing. It would seem, according to Slepian's research, that secrets might not have the heavy negative impact on us that we previously thought it did. But, there is one caveat — one condition under which keeping a secret can harm you.

A secret can harm you if you start to think about it with more frequency. In Slepian's study, they found that the more participants' thought about their secrets, the worse they felt. This is further exacerbated when the secret affects how a person feels about themselves, particularly if they feel inauthentic and like they're hiding who they really are.

While these findings are intriguing, all of this isn't to say that aside from obsessing over secrets that make you feel bad about yourself, they're totally harmless the rest of the time.

Certainly, there are other scenarios when secrets can backfire, even if you don't think about them often or they don't affect how you perceive yourself. For example, a friendship could be in danger if you kept a secret from your friend and they later found out. Even if it doesn't eat away at you, a secret that could potentially hurt someone else isn't so black-and-white.