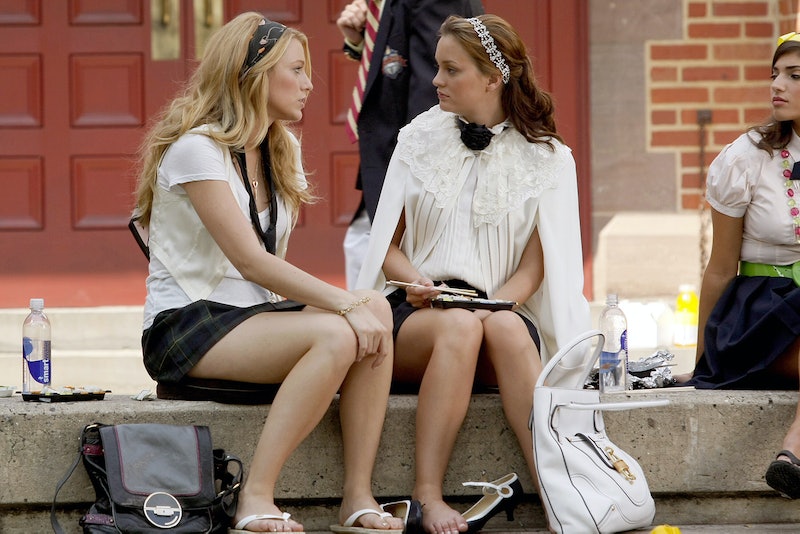 There comes a time in everyone's life when they realize that a friend is not necessarily the friend that they once were — and maybe not a friend they should keep. In some cases, it's perfectly natural for people to drift apart as they grow up and their circumstances change. Some friendships end on their own, without any grand gesture declaring it so, any hard feelings, or any weirdness. But every now and then, something happens that is truly worth ending a friendship over, though the prospect of ending the friendship can be incredibly hard to face.

Sure, friends fight all the time, and in the heat of the moment, you might think that something is a real reason to call things off for good with a friend. Once everyone is calm, you see that there are plenty of things you can get past if you communicate well and are able to forgive. But when it is something you just can't get past — when you can just feel it in your bones that it's not right — that's when it is time to end the friendship as gracefully as you can. Here are a few of the things that are totally worth ending a friendship over:

1. They are seriously disrespectful to a member of your family

I'm assuming that if your friend was mean to you, then you wouldn't have been friends with them in the first place. But it always comes as a surprise when a friend is disrespectful or hurtful to one of your family members. Your family is an extension of you, and they are the people who unconditionally love and support you. If your friend insults them, they are insulting the very foundation you were built on. My brother and I are big dorks and always have been, and although I'm allowed to call him that, the moment a mutual friend of ours bullied him was the moment I dismissed her forever and never looked back.

2. They Don't Keep Your Most Private Secrets

It takes so much to build trust with someone, and all trust is fragile and beautiful. Every now and then, friends will gossip with each other over harmless secrets. It's so important to know where the line is between "dumb, meaningless gossip" and "genuinely betraying trust that was placed in you." When someone you've trusted with one of your big secrets — the ones that would cause embarrassment or distress — gives up that information to someone else, they've basically just forfeited your friendship. That trust is likely never coming back.

3. They Make Moves On Your Significant Other While You're Still Dating Them

I think it's fine to date someone's ex if they're okay with it. But YEESH, a friend going after your significant other while you're still dating them is a friend who obviously doesn't respect you or care about your feelings at all. This has never happened to me, but I have watched it happen to people I care about, and I was always a little stunned when the people involved stayed friends. I just don't think that kind of opportunism is something I could get past.

4. They Reveal Themselves To Be Racist/Sexist/Etc

This week, a lot of us have had that awkward surprise of scrolling through our news feeds and finding racist and intolerant comments or statuses. Most of these friends are peripheral, and not the ones you actually spend time with (because you would hopefully know that about them by now), which makes it all the easier to hit the unfriend button. I'm not saying friends can't have different opinions and views on issues, but when you learn someone is flat-out racist or sexist or painfully offensive or hateful in some way, you pretty much just need to move past them.

5. They Repeatedly Pressure You To Do Things You Don't Want To Do

Some friends are great for helping us come out of our shells, or inspiring us to be brave in ways that we might not have been on our own. But everybody has a comfort level, and when your friend completely disrespects that at the expense of your safety or psychological well-being, you are better off without them.

6. They Keep Score On Favors

I'm not talking about the "who owes who money" kinds of things. I'm talking about friends who are constantly reminding you of every slightly nice thing that they've ever done for you and holding it over your head. The point of friendship is that you're there for each other. Favors are favors, not big heroic gestures that should be praised every time they're brought up. When you get into a pattern like that, then the one nice thing a friend did for you turns into a manipulative bargaining chip to get you to either feel bad or give in to something. You should always be there for your friends when you are able, plain and simple. And you should never feel the need for someone to "make it up to you."

7. You Feel Bad About Yourself When You Are Around Them

I think we've all had that friend who is a pro at backhanded compliments. They're the insecure one who needs to knock you down a peg in order to feel good about themselves. They have this ability to twist anything you do into something bad, to point out all of your inadequacies (real or made-up) at any slight opportunity. I once had someone I considered a friend in high school who constantly asked my jean size so she could tell me that hers was smaller, and who occasionally made comments about how "annoyingly happy" I was, to the point where she spread rumors that I was on pills. (For the record: I am just annoyingly happy. And she was just plain annoying.) I felt weirdly self-conscious around her, like I had to be snarky or cool or something that I wasn't to make her happy. It wasn't worth it.

8. They Are, Uh, Already Avoiding You

Sometimes it is because they are angry with you about something, and other times it is just because they've lost interest. Either way, it isn't worth your time. If they're angry about something and you genuinely don't know what it is, there is nothing you can do to fix it if they won't be upfront and mature about it. And if they're not interested in hanging out anymore, there's nothing you can do to change that, either. It takes two people to maintain a friendship. You shouldn't have to pull all of the weight by trying to hang out when it might already be a lost cause.

9. You Dread Hanging Out With Them

Sometimes you can't even say what it is that's bothering you about someone who is making you feel uncomfortable about your relationship with them, and that is when ending a friendship gets the murkiest. Nobody has done anything especially wrong, and you don't want to hurt anyone's feelings. I don't recommend totally avoiding them until you become the kind of friend I just mentioned. But if something about them is making you uneasy, you are perfectly within your rights to politely and gracefully bow out of the friendship.