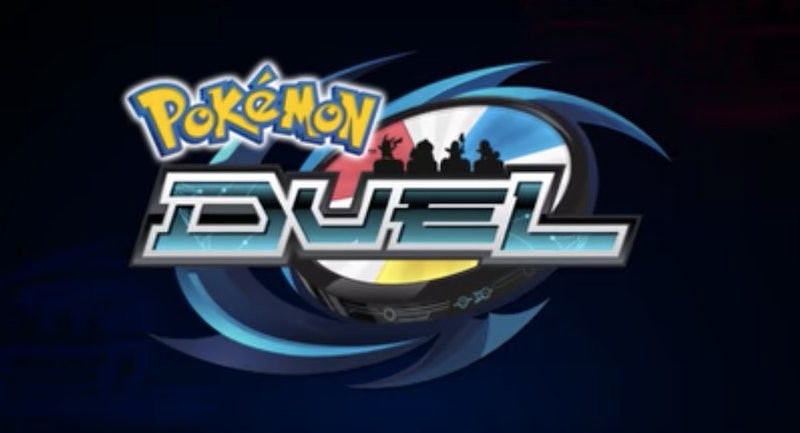 Just when you thought your Poke-days were in the past, another contender has hit the scene: the new "Pokemon Duel" app lets players battle each other one-on-one for the chance of achieving eternal nerd glory. Released in house by The Pokémon Company, it differs pretty vastly from Niantic's "Pokemon Go" released in July 2016 in that it does not offer augmented reality and the actually catching of Pokemon. However, it does provide users with one essential function that "Pokemon Go" lacked, which is the ability to challenge individual users to battle.

But fair warning: this is not like any Pokemon battle you've seen in the past. Rather than just repeatedly beating your thumb into your phone screen (FOR THE GLORY OF THE BLUE TEAM), there's actual strategy involved in this. Think of it as a game of Poke-chess. You collect Pokemon figures throughout the game that are steadily added to your Duel Set, the pieces you use to challenge other opponents. You can customize your Duel Set and the abilities of the figures as you earn more points in the game. There are also in-app purchases available to enhance game experience, but baseline playing the game is absolutely free.

The game comes with its own complicated set of rules involving how far each piece can move on the board and rules involving what instigates a "battle" between two Pokemon figures, but the tutorial is super comprehensive, even if you are not the most experienced of Pokemon masters. From there, you can opt to play with an computer-generated avatar, or connect to play with friends.

As of right now, the game is available both in iOS and Android, but users will have to be certain to have 4G or stay connected to Wi-Fi for full game function. While it's too soon to say whether or not it will reach the height of its predecessor, it's definitely worth exploring the potential benefits — strategic games like this one improve cognitive speed and accuracy. Plus, y'know. No matter how far we are from the '90s, there is still nothing quite like the satisfaction at crushing someone at a Pokemon-themed game.