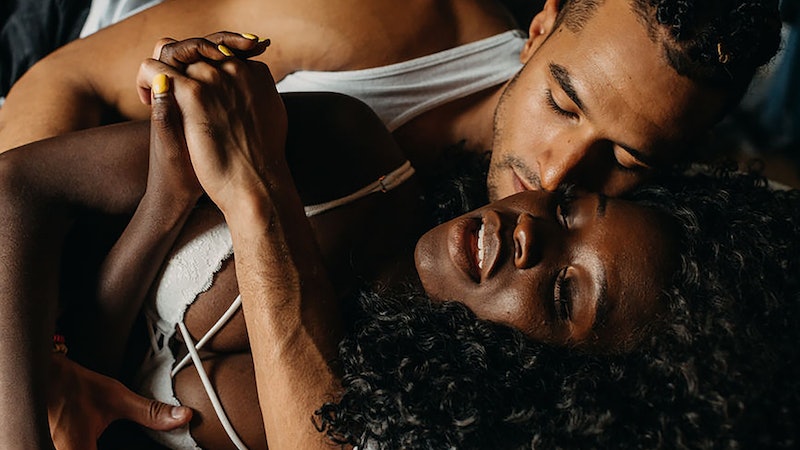 How do you set the mood after a hot date? Candles and soft lighting are are great for creating an atmosphere. And music can also help get you in the right headspace. But do you have a go-to track? There's no denying that some songs are sexier than others. You might not want to hear "Cotton Eye Joe" before getting intimate with someone but that certainly doesn’t mean that all music should be written off. The most popular song to play during foreplay has been revealed and it would seem that when it comes to sexy tracks certain artists dominate.

Everyone's sexual preferences are different and what one person might think is super sexy another person will be left cold. A playlist can really set the scene for a hot night in but working out what songs should feature can be tough. New data analysis by pelvic healthcare company Kegel8 has revealed the world’s most listened-to tracks during sex and the song that took number one will have you shook. “Neighbours Know My Name” by Trey Songz was the go-to track for Spotify users as, despite being released a decade ago, it appeared on the most sex-themed playlists. Trey Songz took the number two spot too with his song “Slow Motion.” It may not be a Grammy or a Brit but producing the two sexiest songs on Spotify is quite the accolade.

The Weeknd took the title as the world’s most listened-to artist on Spotify during sex, according to the study. It's perhaps unsurprising that the singer who provided tracks for the 50 Shades Of Grey soundtrack has people feeling a little hot under the collar. His chart topping hit “Earned It” came in as the fourth most popular song featuring on sex playlists.

So which artists should you listen to if you are looking to set a sexy mood? The study found that as these five artists featured on over 1000 playlists The Weeknd, Trey Songz, Jeremih, Ed Sheeran, and Ginuwine should have you covered.

While picking a song to create a sexy mood seems relatively easy, some are better suited than others and it all comes down to key and tempo. The results showed that the average length of songs listened to during sex is just under four minutes. Songs released in the 2010s and those sang in the key of G with a tempo of 115 beats per minute were also popular. So by the sounds of it, finding your perfect track is like a science or fine art.

Everyone deserves a fun and fulfilling sex life. If finding the perfect, upbeat track from a decade ago is going to help you get there then all I can say is get searching on Spotify.