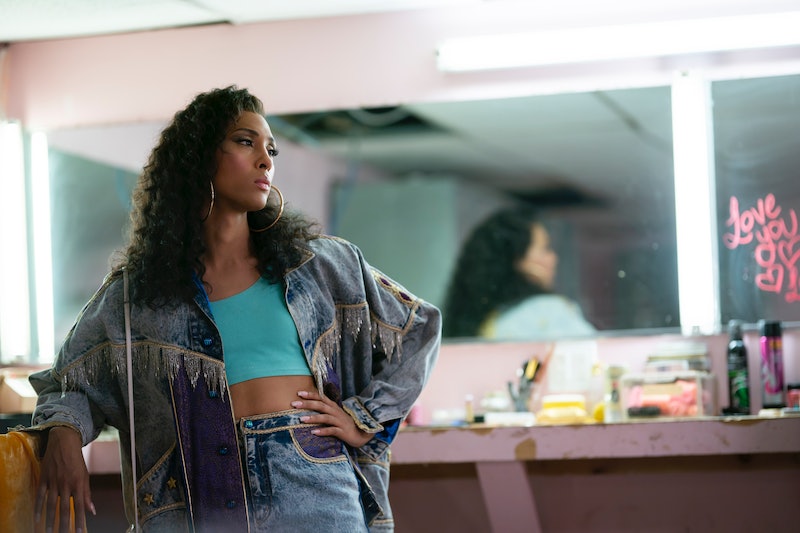 This year's Emmy Award nominations were announced Tuesday morning, and the groundbreaking FX series Pose was thankfully recognized in more ways than one. Pose's 2019 Emmy nominations land it in huge categories like Outstanding Drama Series and Outstanding Lead Actor in a drama for Billy Porter, putting the show in the spotlight it deserves.

But the announcements still feels bittersweet for some — none of the trans actors from Pose, a show that is essentially about the trans community and ballroom culture, garnered any nominations. The Emmys — and awards shows in general — have historically tended to leave out trans people who have deserved recognition. However, Orange Is The New Black's Laverne Cox became the first transgender performer ever nominated for a primetime acting Emmy in 2014, and Joanna Fang became the first trans women to win any kind of primetime Emmy in 2016.

Those are all recent developments that have been few and far between, and there's quite a ways to go. Besides that, it's undeniable that Pose simply wouldn't exist without the trans people — and specifically the trans women of color — within its cast. It broke the record for the largest cast of trans actors ever, and they deserve more recognition for the moving work they put forth. But even with this knowledge in mind, we can still celebrate the high points while still acknowledging that there is progress to be made. Porter is a queer black man who should be able to enjoy his success, and the series brings the trans community to the spotlight regardless of what happens at awards shows.

Pose was also nominated for Outstanding Makeup, Outstanding Hairstyling, Outstanding Period Costumes, and Outstanding Casting for a Drama Series, bringing its grand total to six nominations. And there are still other historic milestones achieved with its drama series nomination, even if the acting categories were lacking in representation.

Co-creator and executive producer of Pose, Steven Canals, noted that he and producer/director Janet Mock made incredible history of their own:

Though the Ryan Murphy series is in its second season and has already been renewed for a third, this was the first time it was eligible for the Emmys after barely missing the 2018 eligibility cut-off date.

According to Murphy, Pose was always meant to open more doors for LGBTQ storytellers and help them break into the mainstream, where they deserve to be. Hopefully these Emmy nominations will further prove that these stories deserve just as much attention as those surrounding cis characters.

"I just want more trans stories and I want more LGBTQ stories to be told. What I say to everybody on the show is, 'It's wonderful that you're a part of our show, but now you can hopefully get out there and tell your own story,'" he told The Hollywood Reporter last year. "I want [the cast] to spread their wings and fly and take over Hollywood. That's what we're interested in doing here."

Pose deserves to take home all the Emmy recognition it can get this year, and we should celebrate the progress its already made. But it undoubtedly also deserves to continue on in its trailblazing run, and bring home even more statues when next year's ceremony rolls around.